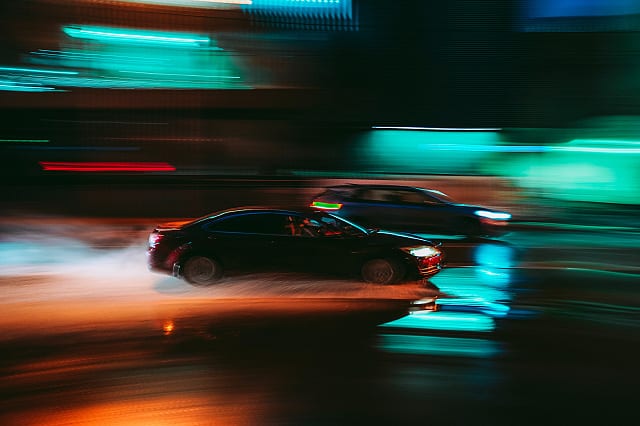 Street racing is as thrilling as it is dangerous and illegal. The power to control super fast and powerful cars on the road is a great way to establish your credibility among your peers. The ability to subtly flex your muscles at the law is also an unspoken perk that is associated with street car racing.

Street racing is an activity that can be traced back to as early as the invention of cars. Although the United States took the reins in this exhilarating phenomenon since the early 60s, street racing has gained immense global attention with the success of the Hollywood blockbuster franchise, Fast and Furious.

But unlike the movies where the heroes and the bad guys alike show off their skills with luxury cars, you don’t have to be a millionaire to race your heart out on the streets. You can build an awesome racer with commonly found cars.

Instead of buying fast cars straight from the showroom, you can buy a car with average speed and modify it to be as fast as you want it to be. Tuning cars is an art that sets you apart from an average street car racer.

In this post, we take a look at the best street racing cars that you can tune to make it into a speed demon. 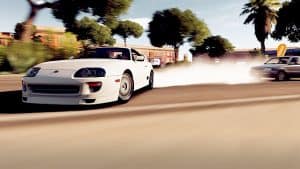 Japanese cars are pretty much the ones that tuners love to play around with, and the Toyota Supra is one of them. Although Toyota is not associated with neck-breaking speed, the Supra can be tuned to be a street racer for any serious racer. Let’s find out what modifications can be performed on this car. 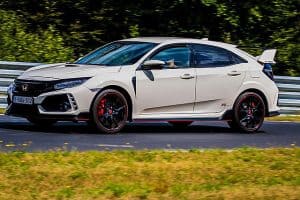 Honda Civic s not the greatest performance car, but it is one of the most popular cars ever made by Honda. It is lightweight, reliable, and it has many tuning opportunities. You can make the following upgrades or modifications on this car.

A few extra horses can be added to your car by making small modifications, like adding larger diameter exhaust pipes. A performance exhaust system will allow the exhaust gases to leave the engine more quickly. As a result, the engine will work harder to produce more power. When the new exhaust is ready, replace the old restrictive air box with a cold air intake, or add turbo-charging or supercharging. 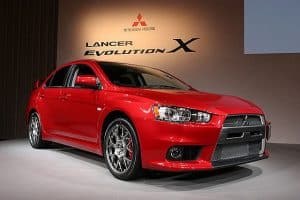 This car has several variants, the Lancer Evo 6, 6.5, 7, 8, and Evo 9. However, all of these have the same engines, although there is a little bit of difference in the turbine housing and camshaft.

This car can have a lot of tunable parts. You can work on the following if you’re looking to tune the iconic Mitsubishi Lancer Evolution. When you’re done working on the upgrades, you should have at least 60 to 70 extra horses.

If you have enough cash, there is almost no limit to what you can do with this car, and the nice thing is that you can find the parts easily. 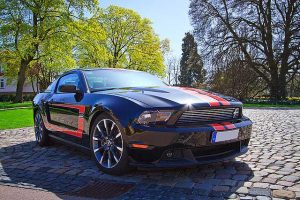 The Ford Mustang boasts serious power and performance, but you can still tune it to add a few more horsepower. Tuning the mustang will give you a better and improved throttle response, more horsepower and torque, and believe it or not, your car will even have a better fuel economy.

Here is a list of things you can do to your Mustang.

Tuning the Ford Mustang is not difficult. The parts can be found in almost every corner of the United States, and tuners love to work on this car.

There are several tuning software programs, such as the SCT pre-configured tune, the Bama performance tune,  Unleashed (only for Ecoboost 2015), and Cobb. Based on the model of your car, you can choose the ideal tuning program. If you’re not sure, you can ask a tuner. He will be glad to explain it.

However, if your Mustang is new, you should know that your warranty will be voided if you tune it. 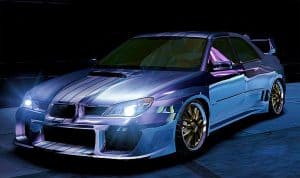 In a world of fast cars, Subaru is one of the cars that demands respect and attention. Subaru Impreza is a great car that has a lot of tunable parts, and it can be tuned for a reasonable amount of money. This car does not necessarily have to be tuned, but if you want to have better handling, and have more power, you can tune it.

Below are the tunable parts of the Subaru Impreza.

Subaru Impreza has a solidly engineered and highly reliable engine. It can tolerate tunings with ease.

What are the primary factors to consider in a car for street racing?

Street racing cars perform on a whole different level than those on the tracks. Therefore, the requirements are also different to a very large extent. The following are the primary factors that you should look for in a car for street racing:

Why are tuner cars popular in street racing? 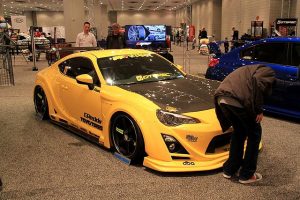 Although luxury and supercars are built for speed, the element of risk of damage is very high in street racing. The cars that are used for street racing sustain a lot of damage, at least cosmetically.

Apart from the risk of damage, tuning cars is an art that has a loyal fan base. A car that is modified and bears the mark of originality will earn you admiration and respect on the street rather than flashing a super luxury car.

Street racing is illegal in almost every country but so is littering or jaywalking. You don’t see that stopping very many people, do you?  Nevertheless, street racing is extremely popular just about everywhere.

Currently, San Diego is the only city where street racing is legal to a certain degree. The city has a program at Qualcomm Stadium, where street racers compete in events in a controlled environment.