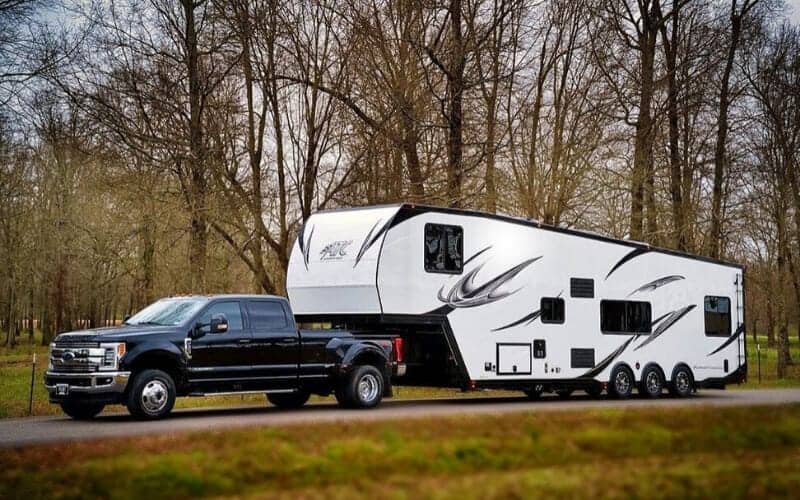 Fifth wheels offer tons of perks. Extra space is chief among them, but it’s still up to you what you’re going to use that extra space for.

A great option is a second bedroom. But not all second bedrooms are created equal, and you’ll still need to decide on an array of other features. Do you want a separate bathroom too? How about an exterior kitchen?

Don’t worry, while there are tons of different features and floor plans out there, we did the hard work for you.

Below we’ve highlighted the 11 best two-bedroom fifth wheel options, that way, you can focus on what you and your family need instead of spending countless hours tracking down different floor plans and options trying to find what you want.

Take your time and check them all out – we’re sure that we included your dream two-bedroom fifth wheel here! 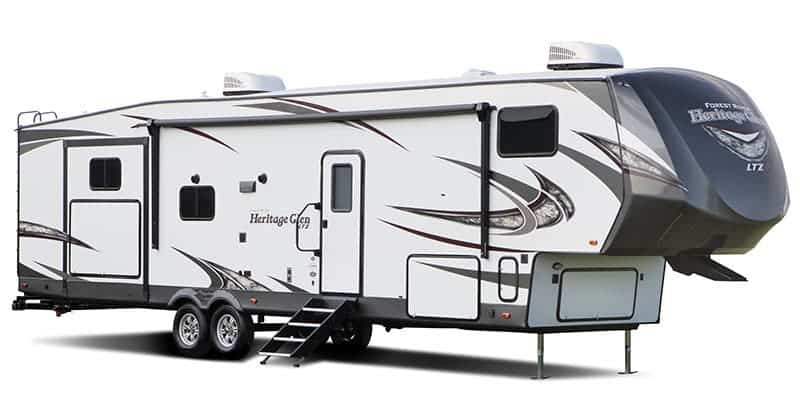 This Forest River RV excels in a ton of areas. For starters, each bedroom has its own full bathroom. Even better, the second bathroom has exterior access, so there’s no need to go trampling through the entire RV to get cleaned up.

From there, you get both an exterior and interior kitchen, perfect for summer night cookouts or to escape inside during inclement weather.

While you don’t have access to the master bathroom from the bedroom without stepping into the hallway, there are enough other features in this RV to overlook that minor defect.

The sizable exterior pass-through storage gives you plenty of space for your outdoor gear and toys, no matter how bulky they are. 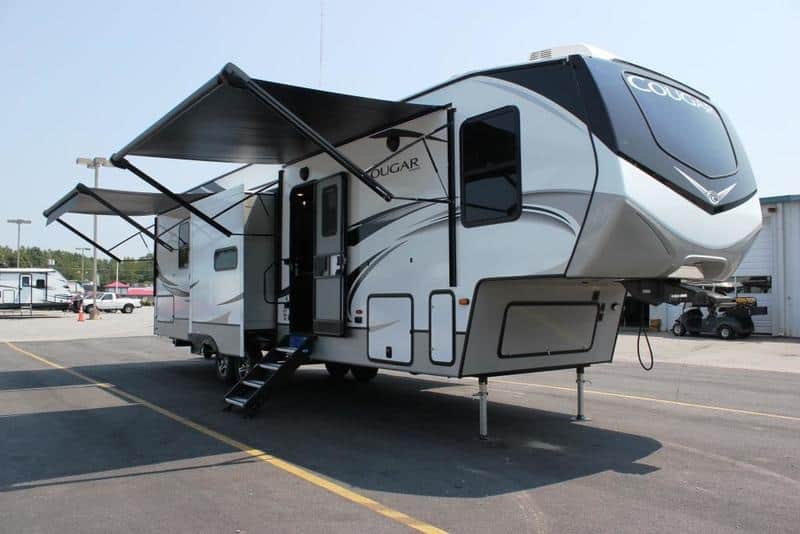 If you’re looking for a two-bedroom RV with loft-style sleeping arrangements, the Keystone Cougar 364BHL is an excellent choice. Each bedroom has its own bathroom, and the second bathroom has exterior access. However, there is only one shower/tub in the master bathroom.

In the indoor kitchen, you get a 12 cubic foot refrigerator that you have the option to upgrade to an even larger 16 cubic foot model. Additionally, the kitchen has a larger pantry, giving you plenty of space to store your ingredients for your next five-star meal.

The RV itself has a massive 81-gallon freshwater tank, so you’ll rarely have to worry about making additional stops to fill up.

Finally, the exterior pass-through storage gives you plenty of space for all of your bulkier gear and equipment, making it easier than ever to head out on your next adventure. 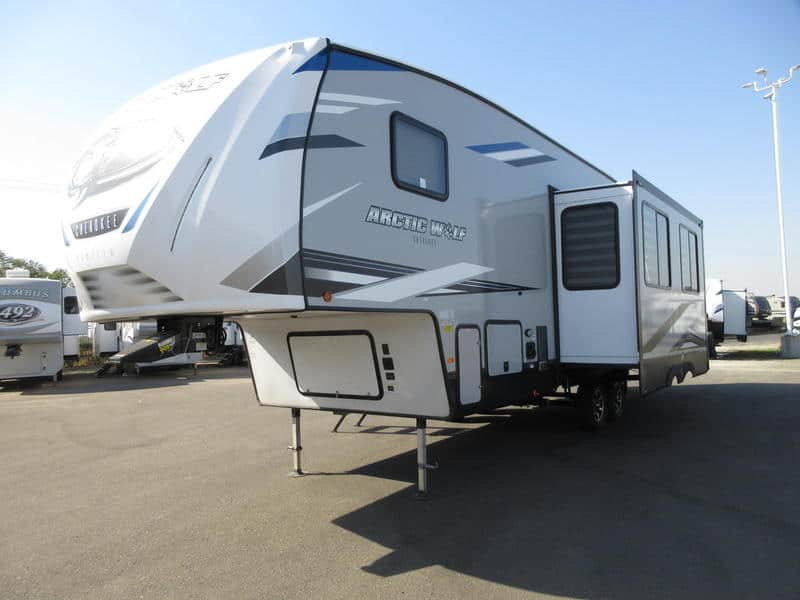 If you’re looking for a smaller two-bedroom fifth wheel, this floor plan by Forest River is an excellent choice. You get lots of exterior pass-through storage and a huge pantry as soon as you walk through the door.

From there, you have an entertainment system with a fireplace and straight-line views of the television. But while there are plenty of things to like about this Arctic Wolf RV, it’s not perfect. For instance, the 49-gallon fresh water tank is a little smaller than we would like.

From there, you only get one bathroom, and you don’t have any access to it from the master bedroom. But you do get a deluxe exterior kitchen and larger dinette area – making it an excellent choice for those looking to enjoy the great outdoors in luxury. 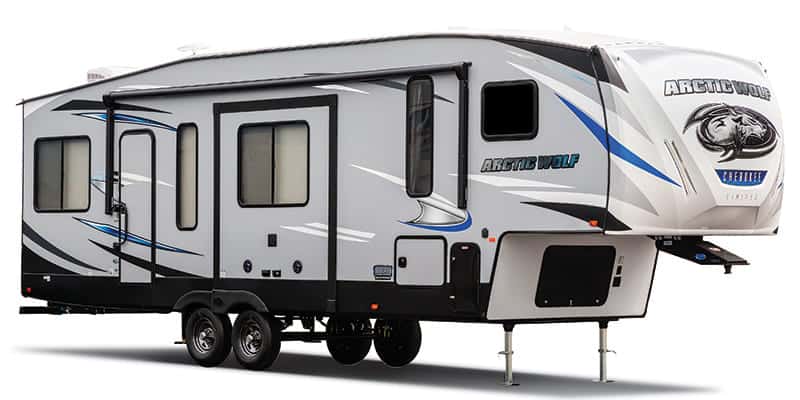 But you’ll have to be especially water conscious in this RV, as they didn’t upgrade the water tank despite all these water hogging accessories. For all your bulkier camping gear, there is a large pass-through storage section.

Finally, whether you’re looking for a late-night cookout or a meal inside during a crummy day, this RV has both an interior and exterior kitchen to accommodate. However, there is no dinette option. Instead, you get additional theater seating.

While many will appreciate this feature, we wish you could have an option to set it up either way. 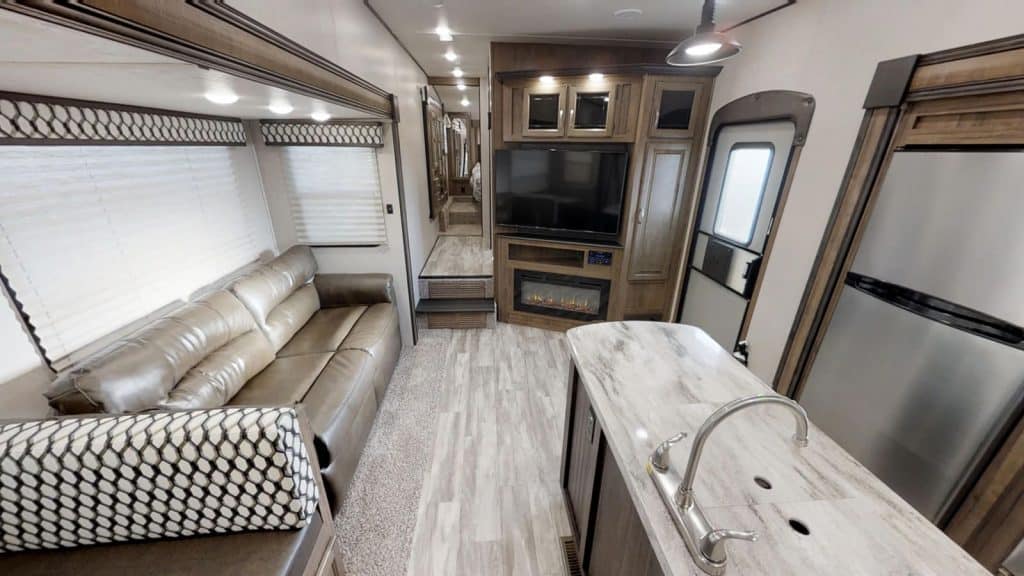 If you’re traveling with your children and need an extra bedroom with tons of beds, this fifth wheel by Coachmen is a great choice. The second bedroom features two sets of bunk beds, so all the kids can get their own sleeping arrangements.

From there, you can choose to upgrade to a panoramic sectional sofa instead of the trifold and dinette. But while there are plenty of things to love, there are also plenty of areas that Coachmen needs to improve.

Second, this floorplan only features one bathroom, and it lacks an exterior kitchen. Finally, there are not straight-line views of the television in the living room area. No matter where you sit, you’ll have to turn your head to watch your show.

None of these things are deal-breakers, but it’s something you need to be aware of and potentially plan your trips around. Just know what you’re getting into with the smaller water tank and smaller fifth wheel. 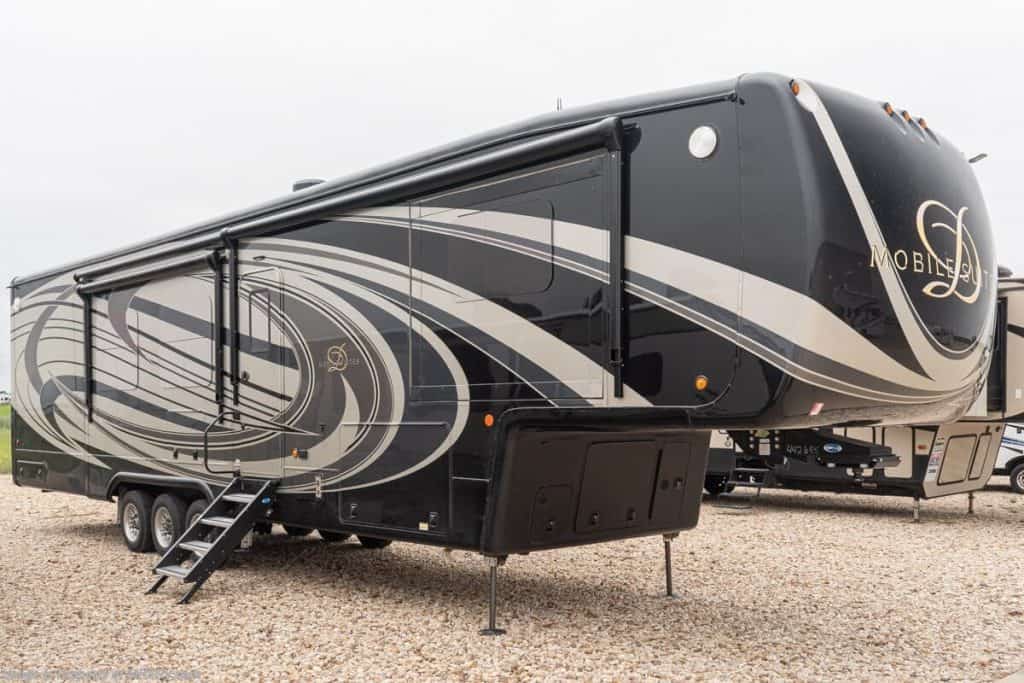 While DRV doesn’t get the most attention in the fifth wheel world, that doesn’t mean that they don’t make great options. Their 43′ Manhattan fifth wheel epitomizes what they have to offer. Not only do you get the second bedroom, but each bedroom has a full-sized bathroom attached.

Moreover, there are washer/dryer hookups in the hallway, giving you everything you need to enjoy your trip. And while other trailers have a limited freshwater supply, this fifth wheel has a 100-gallon freshwater tank, the largest that we reviewed here.

Keep in mind that while this RV has two bathrooms, you don’t have exterior access to either of them. Moreover, you don’t have an exterior kitchen. While this might not be a big deal to some if you were looking forward to making your meal outside, this isn’t the fifth wheel for you.

This two-bedroom fifth wheel has an intriguing design. For starters, while it has two exterior storage areas, neither of them has any pass-through storage. It’s not a deal-breaker, but it’s interesting. Second, despite having two bunk beds in the second bedroom, there’s only one bathroom.

Moreover, while the 54-gallon freshwater tank isn’t the smallest, if you’re utilizing all the beds you’ll probably wish it were a little larger – especially considering that the master bedroom has washer/dryer hookups.

But there are plenty of things to love about this RV. The entertainment stand comes with a fireplace, and you have a full interior and exterior kitchen to do your cooking in.

Finally, there are television mounts in both bedrooms and the main living area, giving you plenty of time to watch shows together or spend a little time apart after a long day. 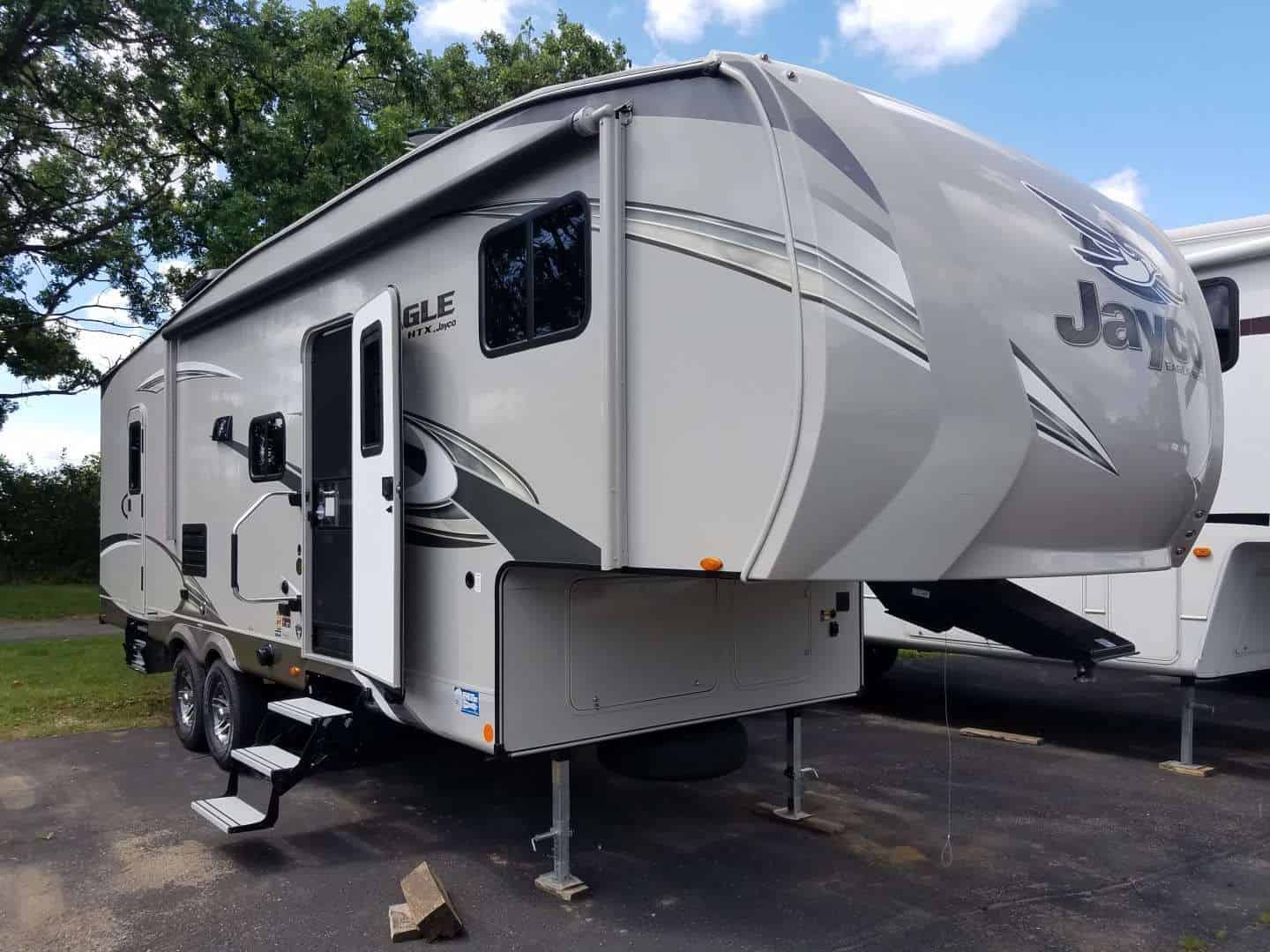 If you’re looking for a smaller two-bedroom fifth wheel option, this 26’’Jayco Eagle is an outstanding choice. While it might not have the most features because of its smaller size, the 9,995-pound GVWR makes it one of the lighter fifth-wheel options out there.

This makes it easier to navigate more state parks and campgrounds, which is a huge feature when you’re traveling across the country. But this smaller fifth wheel still comes with tons of amenities.

For instance, while there’s only one bathroom, you have both interior and exterior access to it. Moreover, there’s tons of overhead storage throughout, and there’s options for television hookups in both the main living area and the master bedroom.

Finally, keep in mind that this second bedroom has a foldable privacy curtain instead of a full door, but it’s a double bed bunk bed, which provides plenty of comfortable sleeping arrangements. 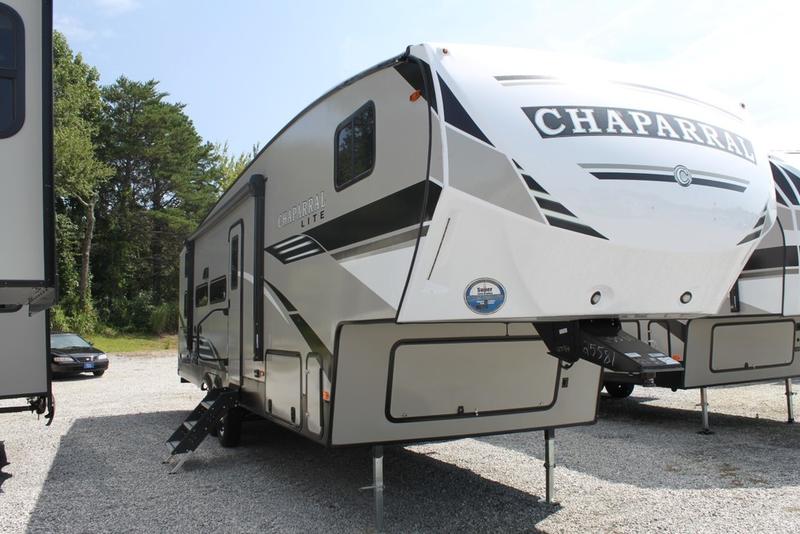 Another lightweight fifth wheel option is this Coachmen fifth wheel. While it still has a GVWR of 11,000-pounds, this is on the lighter end for a fifth wheel.

As another perk, it has enough sleeping arrangements for nine different people, including two separate bunk beds in the second bedroom.

But while there are plenty of sleeping arrangements, there isn’t plenty of freshwater. The 40-gallon fresh water tank isn’t large enough for that many people. Moreover, you only get one bathroom, and you don’t have access to it through the master bedroom.

Finally, the eight cubic foot refrigerator isn’t the smallest option out there, but it’s not large either – especially if you have nine people staying here. 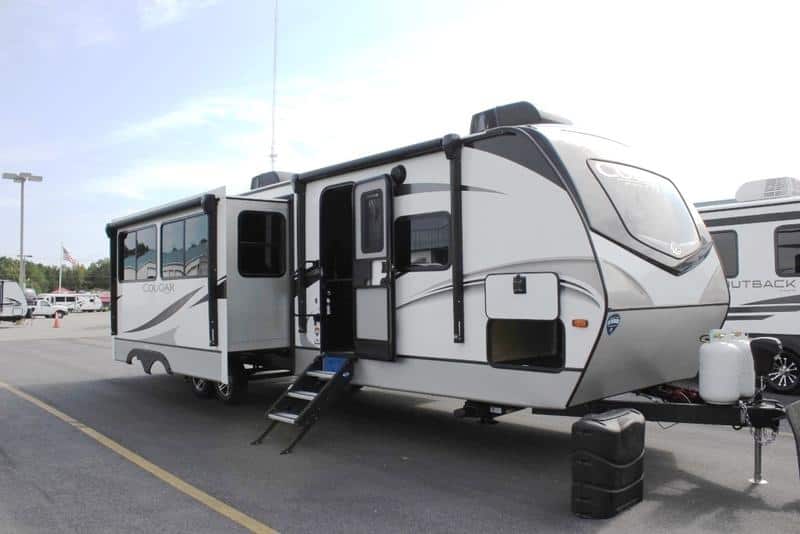 This is an excellent choice for those that need a second bedroom with lots of sleeping arrangements. The second bedroom features two separate bunk beds and tons of underneath storage. Moreover, it has its own entertainment center, giving you options for televisions in both bedrooms and the main living area.

Overall, this fifth wheel has enough sleeping arrangements for 11 different people, making it one of the larger options out there. Additionally, it has a 60-gallon freshwater tank and a 10.4 cubic foot refrigerator.

While the exterior kitchen only features a grill and a minifridge, that’s still enough to enjoy a cookout. The real drawback to this fifth wheel is the fact that it only includes one bathroom. If you have 11 different people staying here, it’s not an ideal situation. 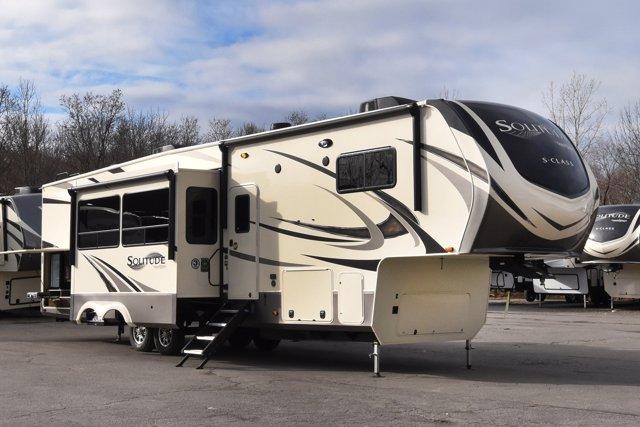 While this is the last fifth wheel on our list, it might be the best one yet. The second bedroom has three different bunk bed sets, giving you plenty of sleeping arrangements. Moreover, there’s a half-bath attached to the second bathroom, and it has exterior access.

However, there is no access to the main bathroom from the master bathroom and it’s the only bathroom with a shower or tub. But there are plenty of things to love about this fifth wheel.

First, it has a 12-cubic foot refrigerator, and if that’s not large enough, you can upgrade it to an 18-cubic foot model. Moreover, the entertainment center in the main living area features a fireplace and a straight-line view from the seating area.

Additionally, you’ll never have to worry about running out of water with this massive 91-gallon freshwater tank. Finally, the kitchen has a large pantry and there’s an exterior griddle, beverage cooler, and sink when you plan to spend your evening outside.

While you might think that all massive fifth wheels are created equal, that couldn’t be further from the truth. While fifth wheels offer more amenities and space than other trailer options, you still have to decide what matters most to you.

While a second bedroom is an excellent choice for those traveling with children or other couples, they’re not for everyone, and you’re giving up extra features like a dedicated living room area.

Still, these are some of the best fifth wheel options out there with a dedicated second bedroom, which can give everyone the little extra space and privacy that they need to turn your next adventure or vacation into a success.

Our latest articles on Reviews 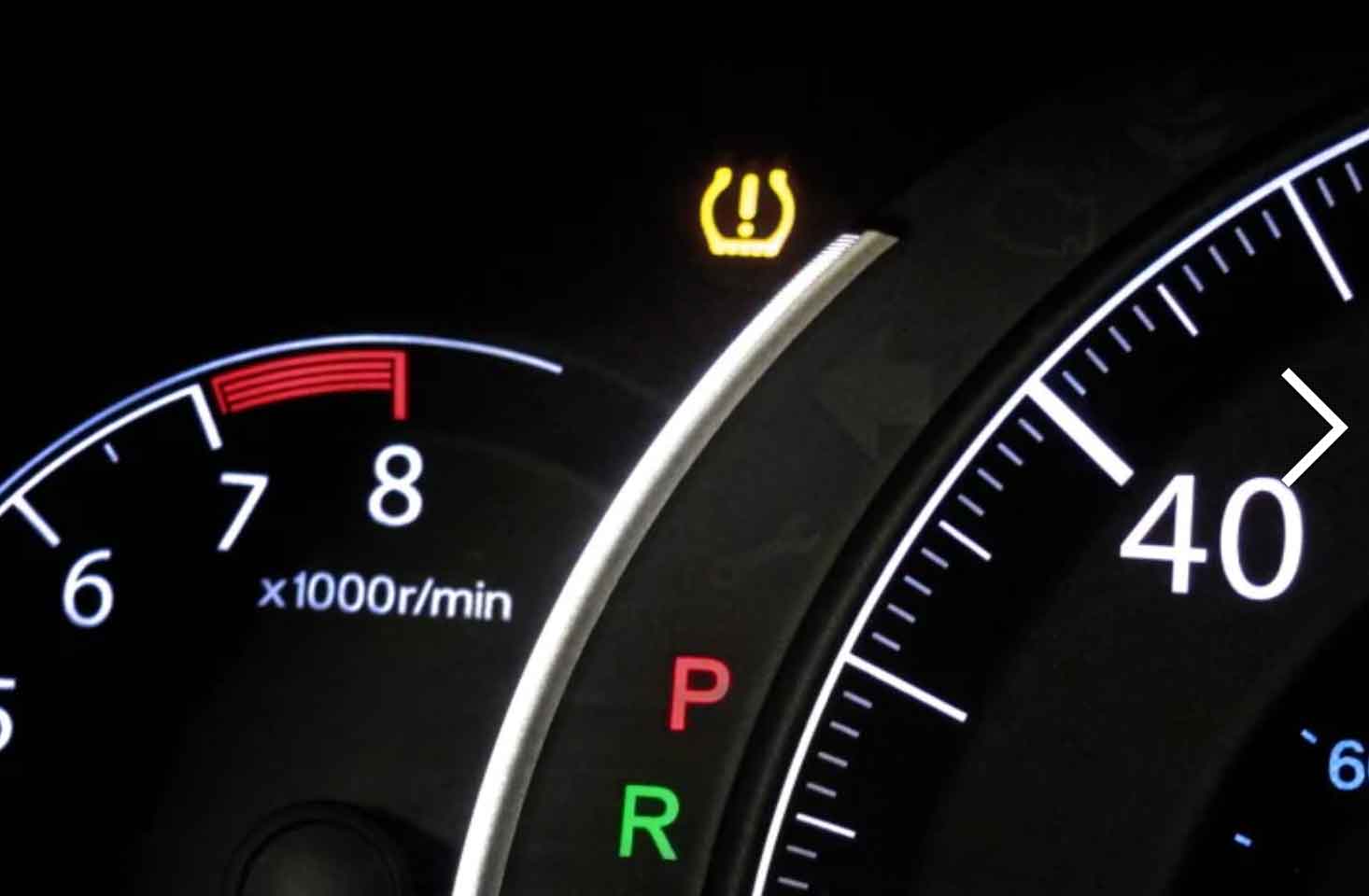 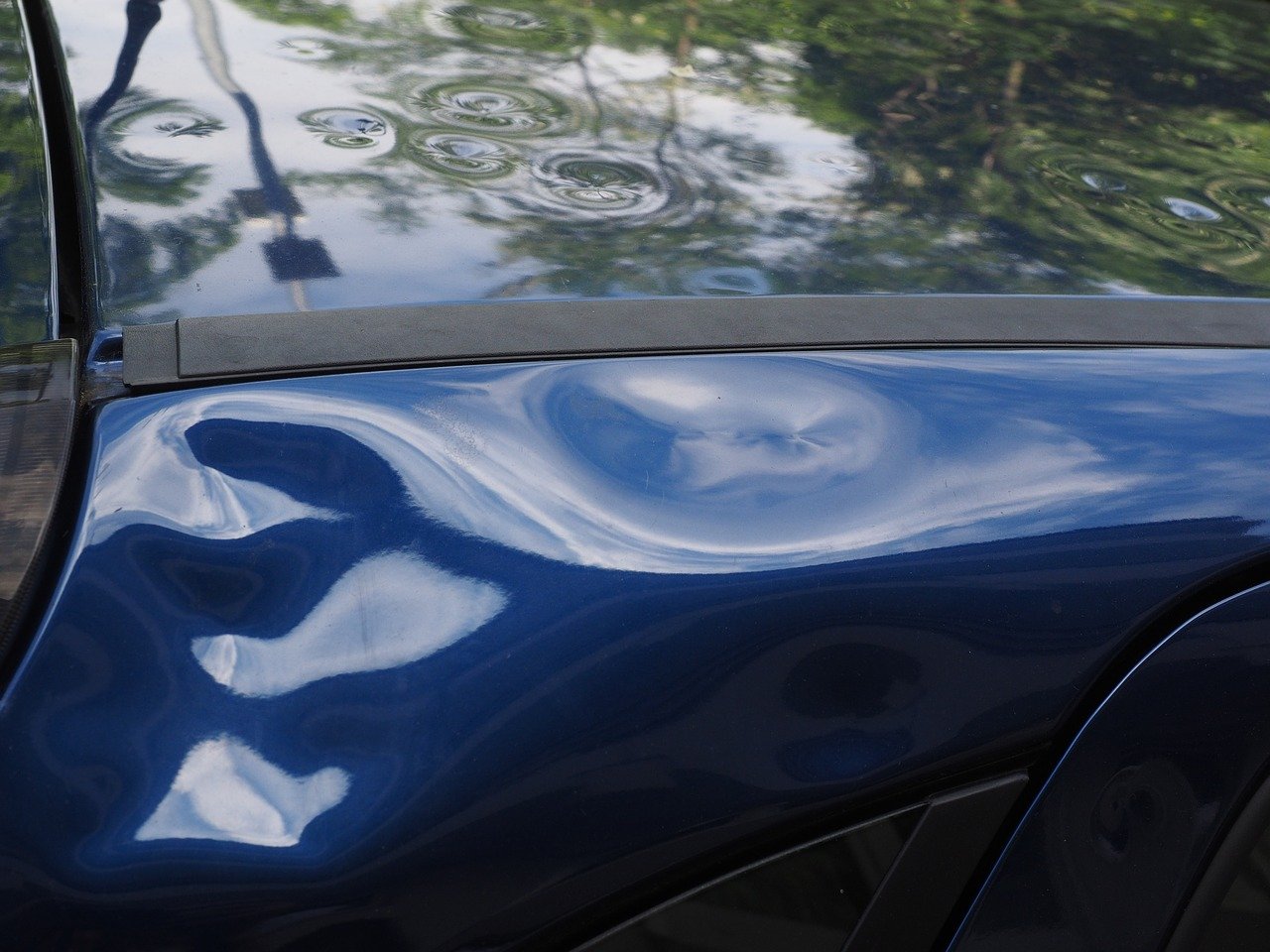 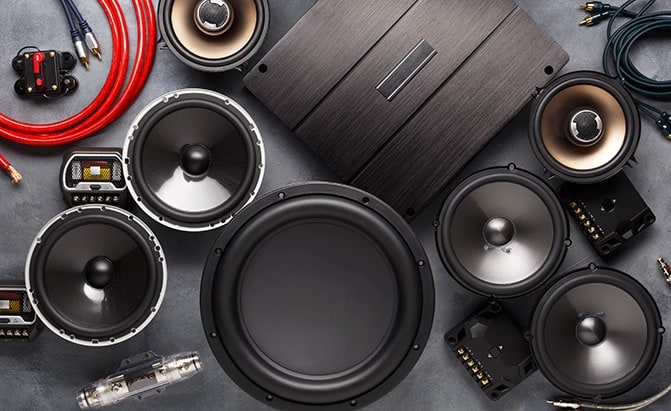