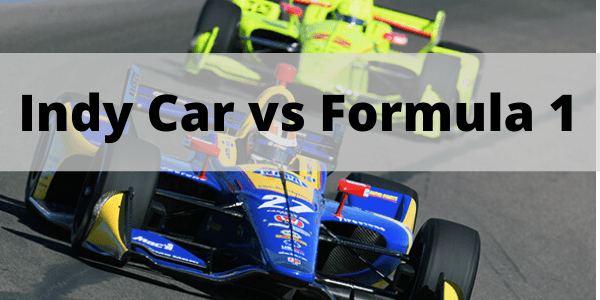 First off, it’s important to note that both Indy and Formula 1 races are interested in speed and nothing else. Whoever crosses the finish line wins. There are no tricks – there’s no crazy, off-road tracks involved. It’s about acceleration, speed and a smooth ride.

Finally, unlike some of the other types of auto races, both Formula 1 and Indy car races run on single-seater cars. 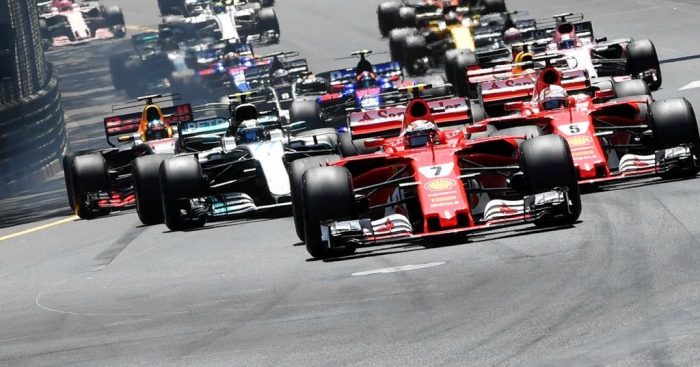 One thing that’s unique about Formula 1 racecars is that they’re all basically the same. They all have the same power units, gearboxes, brakes and tires. However, the cars are allowed to be customized to some extent. For example, the following things can be unique to the Formula 1 car:

The power units for Formula 1 race cars are all made of internal combustion engines, a turbo charger, and energy recovery systems (ERS). There are four types of ERS and each driver is allowed to have up to 4 of each. If they exceed this limit, they are penalized. The four types of ERS are:

The power units for Formula 1 race cars are made by one of four companies: Ferrari, Renault, Honda or Mercedes Benz. Each one is allowed to have up to 3 exhaust pipes.

Like most other race cars, the ones used in Formula 1 races are restricted when it comes to length, width and weight. The cars aren’t allowed to weigh more or less than 702 kg. They are all have 13” rims or wheels as well. They have complicated steering wheels, with a ton of buttons that only the driver will understand.

Formula 1 cars also have other similarities. They all have carbon fiber brakes and they are all equipped with Pirelli tires.

The fastest speed every reached in a Formula 1 race is 223 mph. 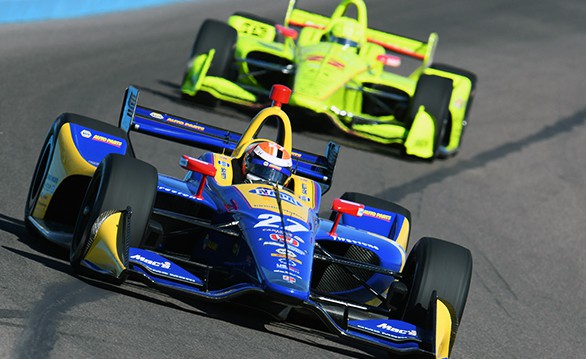 Like the Formula 1 race cars, a lot of the Indy cars use similar component parts. For example, all engines and chassis are manufactured by either Honda or Chevrolet. And while all the cars are basically the same, they have unique aero kits.

The aero kits in Indy cars have to fit in something called a legality box. If it doesn’t the car won’t qualify to race. And the weights of the cars are limited as well to 730 kg on an oval track race and 716 kg on a street track. Keep in mind – these weights do not include the driver.

All Indy cars use carbon-fiber Dallara DW12 chassis and run on 2.2-liter turbo charged V6 engines. All of the engines are electronic direct fuel injections with revolutions of up to 12,000 RPM.

The gearboxes in Indy cars are all 6-speed, automatic with reverse gears. They all use Firestone Firehawk tires. (This is where the name for the Firehawk Series races actually comes from.) Unlike the Formula 1 cars, the Indy race cars have 15” rims, not 13”. This actually makes the cars a bit slower than those in the Formula 1 races. The bigger the rims, the fewer RPM. This results in a slightly slower finish time.

There are about 24-34 cars per races, with the Indy 500, the most popular Indy race, having 34 cars. Most others range closer to 24 cars per race. One interesting thing about Indy racing is that each driver is allowed up to 4 cars per race season – but no more than that. Since a lot of these races get damaged or destroyed in the races, it’s important that the racers and teams have other cars ready throughout the season.

How Do the Two Races Compare? 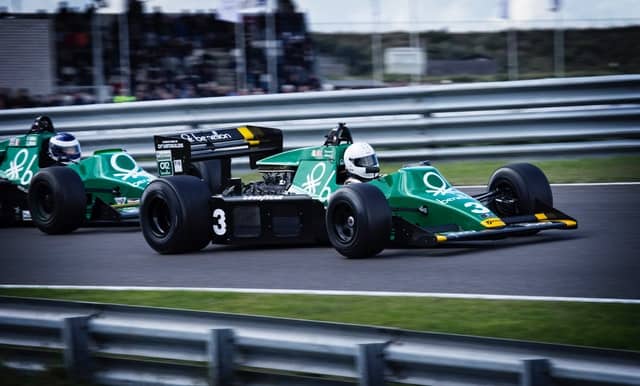 We’ve provided a summary of the basic rules and facts about both Formula 1 and Indy race cars. Here, we’ll talk a bit more about how the two compare. There are some major differences as far as speed, tracks, and refueling. There are also some advantages the Formula 1 race drivers have over the Indy racers.

One of the biggest differences between the two races is the types of tracks used. All Formula 1 races are held on oval tracks. Indy races, however, can take place on either an oval track or on the street. There are no Formula 1 races held on the street. This is important because it impacts the types of cars and specifications that the cars can have. For example, you’re going to want different types of tires depending on the type of track. This is why Formula 1 uses Pirelli tires while Indy cars us Firestone Firehawk tires.

The type of track also impacts the kind of braking systems the cars need. On a street track, it’s going to take more to stop a car. And, since Indy race cars tend to be a bit heavier than Formula 1 race cars, it can take more power to stop in the first place. That’s why Formula 1 cars all have carbon fiber brakes while Indy cars run on steel brakes. The reason this is important is because steel brakes are heavier and slow the car down just because of the added weight. Carbon fiber brakes, on the other hand, are lighter and more durable.

When it comes to building the tracks, there are also some differences. They may look the same, but they are constructed in different ways. Indy has third parties construct the parts for their tracks. They also use these companies to build the tracks. In Formula 1 races, however, they have their own factories that build all of their track parts. This allows them to customize each track and its components for specific races.

We had mentioned above that the Formula 1 race cars are lighter than Indy cars. And, generally speaking, this is true. The weight limit for a Formula 1 car is 585 kg minimum. For a Indy car, the minimum weight is 1550 pounds. This difference in weight makes the Formula 1 cars go faster. That’s why you’re going to see higher top speeds in Formula 1 than you will in Indy races. And, when it comes to ground effects, both races restrict the types and amounts of ground effects you can have.

Turbo charging is when you increase the amount of compressed air that goes into the car’s combustion chamber. This lets the car run faster. It also makes it run better. This is important, especially for the longer races in Indy.

Turbo charging is banned in Formula 1 racing. They used to allow it back in the 1980s, however it’s not allowed anymore. Indy racing still allows this. Although, that could change in the future, especially with environmental concerns.

The lengths of the tracks are also very similar. The big difference is that Formula 1 races are a lot shorter (in time) than Indy races. This comes down to the number of laps the race requires. The average Formula 1 race is about 2 hours. For Indy races, it’s a lot longer than this. You can turn on an Indy race on television and see that it can run at least 3-4 hours, or longer. This isn’t the case with Formula 1 races.

With both types of races, the races start immediately. One big difference, however, is that Indy racers are allowed to take some test laps first. You’ll often see Indy cars take several laps around the track before the race starts. This allows the driver to get a feel for the track. It also lets them ensure that their car is running the way it should. Finally, it lets them see what kind of impact the weather can have on the track. They don’t cancel a race just because the weather is bad. It will just mean finish times will be a lot worse.

Where are the Races Held? 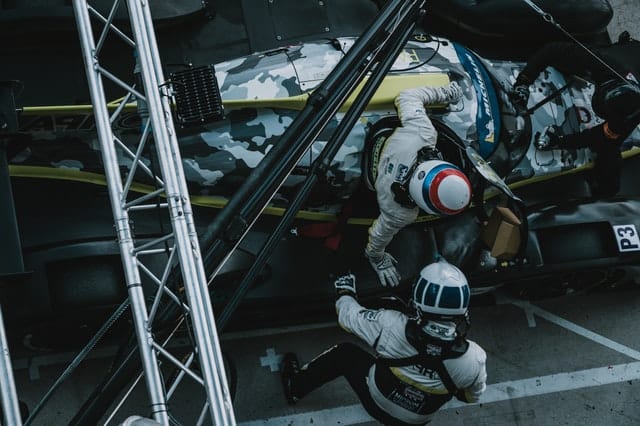 The Indy races are held in:

Possibly the biggest difference between Indy cars and Formula 1 cars comes down to price. The average Formula 1 race team has a seasonal budget of about $500 million. The budget for an Indy team is a shockingly low $15 million. You can imagine the impact this has on the cars and tracks. However, since the budgets are the same for all racing teams within a circuit, it is all relative and fair.

So, Which is Better: Indy or Formula 1?

When it comes down to it, there is no winner when it comes down to Formula 1 racing vs Indy racing. It is really just a matter of taste and personal preference. If you like speed and lap racing, then you’re probably going to like both types of races. Yes, Formula 1 race cars are a lot faster than Indy race cars. But, Indy races are a lot longer than Formula 1 races. It may come down to how long you’re willing to sit and watch the same cars go around the same track.

The races are actually very similar. While Formula 1 race teams spend a heck of a lot more money on their cars and tracks, it doesn’t make it any better than Indy racing. You really just need to ask yourself which one you prefer to watch. And for a lot of people, it comes down to who their favorite race car drivers are.