One of the most common things older cars will do is a leak. While identifying where the leak is coming from can be a bit of a challenge, sometimes, finding out what is leaking is easier than you might think.

Take a look at the color of the fluid. If it’s red, it’s transmission fluid. While having a leaking transmission might seem like a big deal at the time, the chances are that it’s a minor repair that you get fixed without having to break the bank!

With a little hard work and research, you can get your vehicle back on the road in no time! Below are the five most common causes of transmission leaks and the average cost to repair each issue. 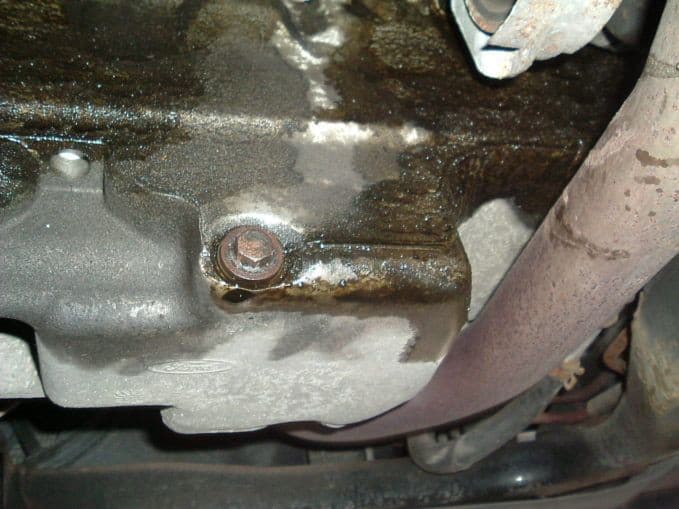 It’s by far the most common cause of transmission fluid leaks. Transmission oil pan gaskets are usually nothing more than an RTV or silicone barrier that you need to replace every time you take the transmission oil pan off. If you or the mechanic reinstall it inadequately, it will leak almost immediately.

However, even if the mechanic installs everything correctly, oil pan gaskets wear out, and they’re bound to leak before too long.

If your transmission oil pan is leaking, don’t ignore it. While it might be a minor inconvenience now, you never know when that small leak will transform into a full-blown blowout. You can keep driving with a small leak, but if it does blow out, you’ll be stuck stranded and waiting for a tow truck to bail you out.

Sometimes you’ll need an actual transmission oil pan gasket, but frequently manufacturers recommend using RTV to seal the transmission’s oil pan. Whether you need a vehicle-specific gasket or a tube of RTV, the cost for parts is usually under 20 dollars.

While swapping your transmission fluid and filters might add to the up-front cost, it resets these components’ service intervals.

Considering all these factors, most mechanics will charge between 150 and 500 dollars for labor and parts costs.

It might not sound like much, but faulty transmission drain plug gaskets are more common than you’d think. Anytime the drain plug is removed, you need to inspect the gasket to ensure it’s still in good condition.

Even more importantly, you need to make sure to reinstall the gasket when you’re putting the drain plug back on. Amateurs often over this, but without the drain plug, all of your transmission fluid will leak out in a day or two.

However, if no one has recently serviced your transmission, it’s unlikely that your transmission oil pan gasket is the problem. These gaskets are generally damaged during repairs and aren’t around any moving components, so they don’t wear out very often between services.

Fluid Lines Are Loose or Cracked 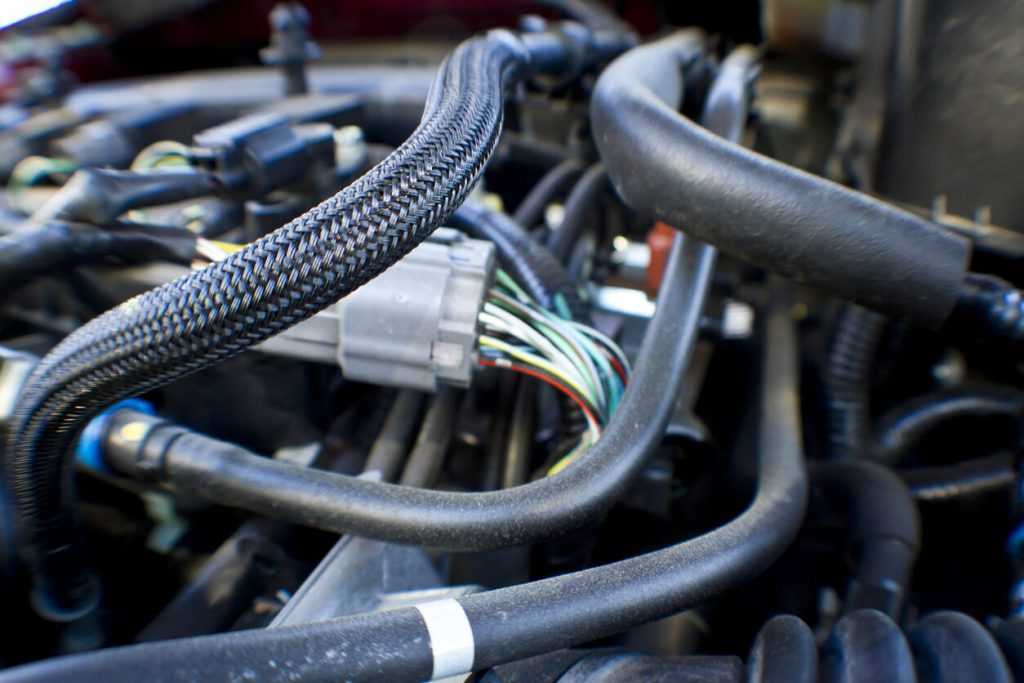 There are tons of lines and hoses connecting your transmission to a wide variety of components. Those lines and hoses can crack and dry rot with age, and when that happens, a leak is often the result. If you notice a leak coming from a hose, do yourself a favor and check the connection and fittings to make sure everything is snug.

Often hoses will have loose clamps that cause a leak. If that’s the case, all you’ll need to do is tighten the clamp, and the leak should go away.

Repair costs for hoses vary widely, you could be looking at a 20-dollar hose, or it could end up costing you closer to 250 dollars for a transmission line. Typically, you will lose some transmission fluid when changing a hose, but you usually won’t need to drain the entire system.

When you factor in the labor costs, a mechanic could charge you anywhere between 75 to 600 dollars to replace a transmission hose or line. While this a considerable variance, some hoses are only a few feet long, and others can run the entire length of your vehicle.

Complicating the matter further, some hoses are made of rubber, and others are made of metal. Both types of hoses will wear out, but their replacement costs are drastically different.

This makes it hard to pinpoint an exact repair cost without knowing the exact component you need to replace.

They are around moving components, are exposed to the elements, and are nothing more than a rubber seal. As this rubber wears out, it’s not uncommon for small cracks to start forming, and this is where the transmission fluid starts to leak from.

While it’s rare that these seals completely blow out, it’s not uncommon for them to crack and have small leaks. And if you fail to replace these seals when they start to leak, they’ll only get worse, and this can lead to a full-blown blow out down the road.

While the seals themselves aren’t awfully expensive, they usually cost less than 20 dollars; the labor costs associated with replacing these seals are typically quite expensive. That’s because the entire transmission typically needs to be removed, which is a labor-intensive process.

Furthermore, all of the transmission fluid will need to be drained and replaced, adding another 20 to 50 dollars to the repair cost. If you’re hiring a mechanic to do the job, you can expect the price to be around 200 to 250 dollars after all parts and labor.

It might sound like a ton of money, but it’s far better than the cost associated with replacing your entire transmission, which might happen if you don’t take the time to repair your transmission while the leaks are small. 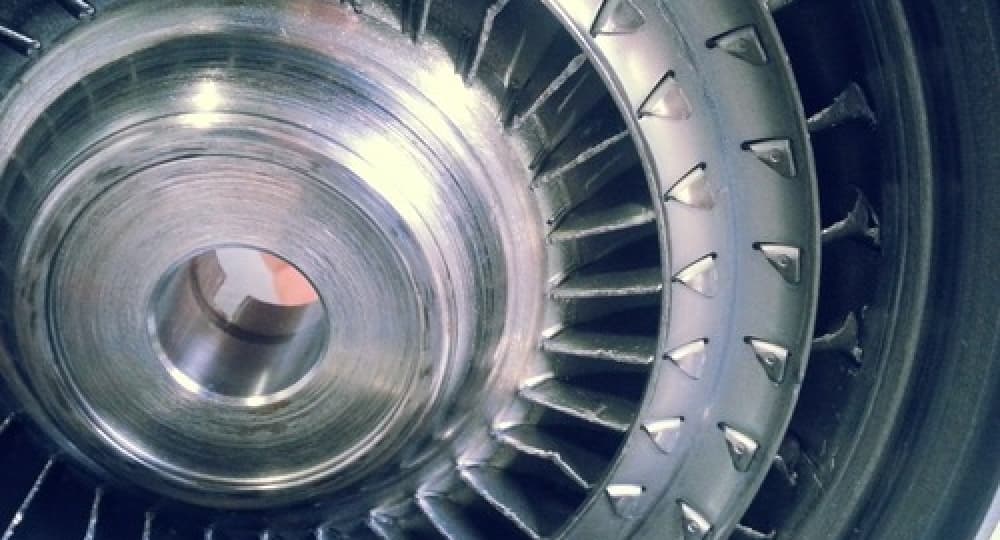 Having either a cracked transmission or a cracked torque converter is a worst-case scenario. That’s because there’s no repairing it. Instead, you’ll have to replace it. Even if you’re doing the job yourself, this is an expensive job.

A new transmission costs about 2,500 dollars on average, and they can cost up to 3,500 dollars, depending on what you drive. From there, you still need to pay the labor costs to replace your transmission; the whole replacement usually ends up costing you between 4,000 and 8,000 dollars.

If you have a cracked torque converter, the price tag to replace it isn’t quite as hefty, but it’s still not cheap. A torque converter by itself typically costs anywhere between 150 and 500 dollars.

Meanwhile, the cost to have a mechanic replace it for you typically costs between 600 and 1,000 dollars. While it’s not a cheap job, it’s significantly less expensive than needing to replace your entire transmission. The good news is that these jobs are rarely required, as both your torque converter and transmission are some of the most durable parts of your vehicle.

The next time you head out to your car and see a red fluid puddling beneath it, take a deep breath and try to relax. While there’s a chance it might cost you a ton of money, it’s far more likely to be a minor repair that won’t cost you more than a few hundred dollars.

While it’s not something that you want to be spending your hard-earned dollars on, it’s certainly not the end of the world! Even better, if you’re willing to do the work yourself, you might be able to get everything back to normal for under 100 dollars!

Take a look and get your vehicle back on the road!