How Long Does It Take to Charge a Car Battery – Carcody 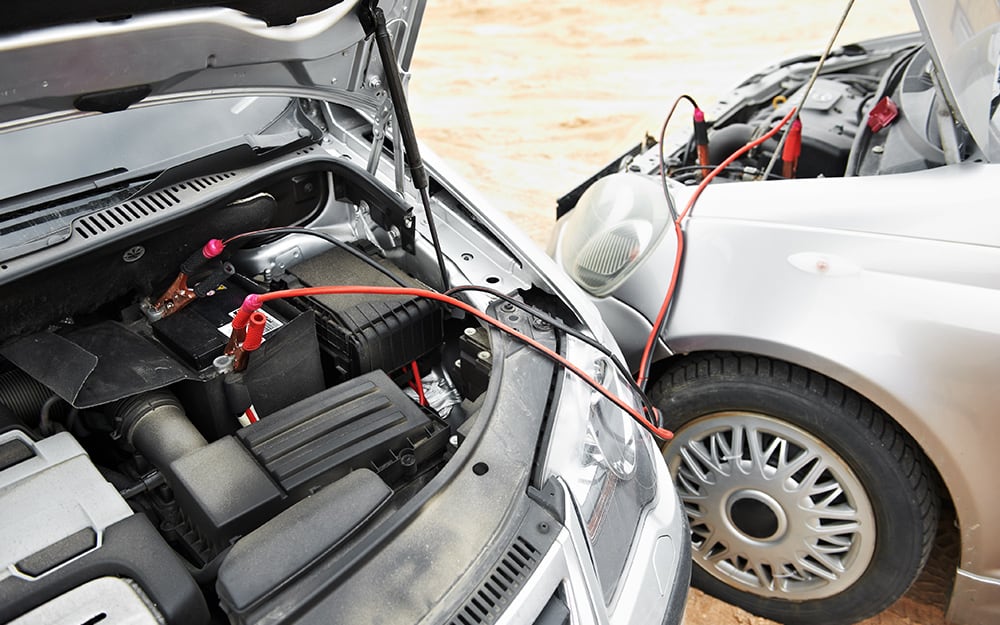 If you’ve had to jumpstart your car a few times in the past couple of days or weeks, you probably think you need a new battery. Reconsider. Take it from a mechanic; people often toss perfectly good batteries because they don’t give them the chance to recharge fully.

But how do you know if you need to replace your battery or if it just needs to spend some more time on a charger? Keep reading, and we’ll break down how long does it take to charge a car battery and everything you need to know about your car battery – and potentially save you hundreds of dollars.

How Long Does It Take to Charge a Car Battery

While stores like AutoZone and O’Reilly’s will test your batteries for free, these tests only tell you so much. It’s best that you have them test them after you’ve fully charged the battery, or else you risk an errant reading telling you to replace your battery.

It’s not the tester’s fault; if you hook up a dead battery, it’s going to tell you that it’s dead, and until it’s fully charged, the tester can’t give you an accurate reading about the health of the battery.

But that still takes you back to square one. How do you know when your battery is fully charged? The easiest way is to test it with a voltmeter or a multimeter. A fully charged battery will read at 12.6 volts. Despite being called a 12-volt battery, a battery with only 12 volts is only considered 75 percent charged!

Finally, just because a battery reads 12.6 volts doesn’t mean that it’s a good battery. It just means that it’s fully charged. If you have a battery at 12.6 volts and the battery test is still saying it’s bad, then you need to replace it. Also, some bad batteries can’t hold a charge no matter how much you charge them. 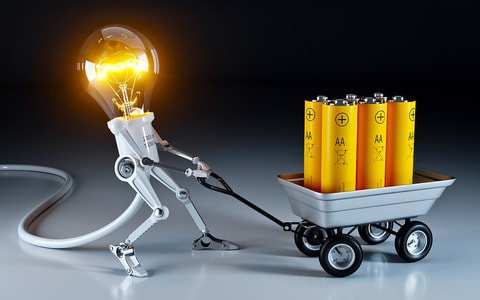 When you’re trying to figure out how long to keep your battery on a charger, there are several factors that you need to consider. From the type of battery you’re charging to the amount of voltage it still has, if you don’t figure out what you’re working with beforehand, you risk blowing up your battery.

1. How Dead is Your Battery?

2. How Old is Your Battery?

The older a battery, the longer it’s going to take for it to charge. As batteries age, it becomes more calcified, which affects how easily and quickly a battery can accept a charge. If the battery becomes too calcified, it won’t be able to obtain enough of a charge to operate correctly.

3. What Kind of Battery Do You Have?

4. How are You Charging Your Battery?

If you’re trying to figure out how long it will take to recharge your battery, no factor is more important than the type of charger you are using.

Trickle chargers are the gold standard of battery chargers. While they might take a little longer to get the job done, you significantly reduce the chances of overloading your battery or damaging it during the charging process by using a trickle charger.

While both options are much better choices at preserving your car battery than a 40-amp charger, a 1-amp charger reduces the risk of damaging your battery even further. The major drawback is that it will take twice as long to charge your battery.

While trickle chargers might be the best way to charge a car battery, you don’t always have the time to stand around and wait for the battery to charge. That’s where 40-amp chargers come in. Even if a battery is completely dead, it’ll only take about an hour to recharge it.

That’s why 40-amp chargers are best suited for in-vehicle applications; that way, if you find yourself stranded somewhere, you can get back on the road without having to wait a day or two. While 40-amp chargers are far more convenient than trickle chargers, it’s best to avoid them if at all possible.

While both types of chargers can fully recharge your vehicle’s battery and get you back on the road, they both come with their own advantages and disadvantages. For a quick breakdown of what each type of charger offers, check out our list of pros and cons below!

Whether you’re choosing to invest in a trickle charger or a 40-amp charger, you should spend the little extra money and buy a smart charger. Smart chargers automatically sense the load of the battery and adjust the charging output accordingly.

Without a smart charger, you’ll need to have a battery tester handy to determine how long to keep your battery on the charger. Even after you’ve figured out the math, you’ll need to test it intermittently to ensure that you don’t damage the battery at all.

That’s because if you overcharge a battery, you risk damaging it, and it might even explode! With a smart charger, you don’t need to worry about that. Instead, once the smart charger fully charges the battery, it will automatically cut the power and leave you with a fully charged battery.

This is a great safety feature because if you forget to disconnect a typical battery charger, you might end up with an exploded battery when you come back to your shop or garage!

Jump-Starting Your Car (Charging with the Alternator) 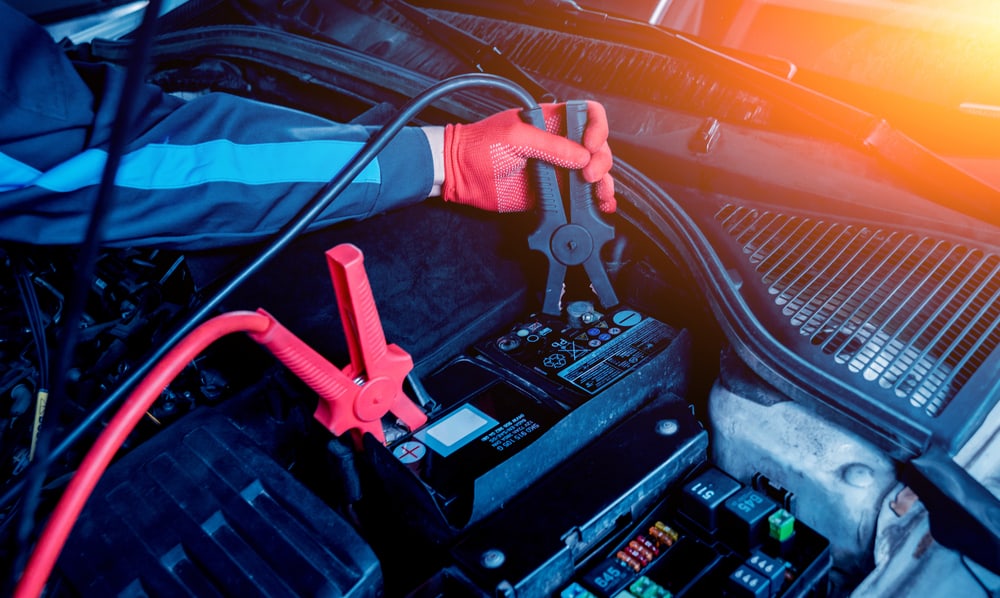 All this talk about battery chargers is neat and all, but if you’re not looking to hook up your battery to a charger, you can always let your alternator do the work for you. As long as your car’s alternator is working correctly, it will work similarly to a 40-amp battery charger.

Even better, your vehicle’s alternator is like a smart charger, so you don’t need to worry about it overcharging your battery. As soon as your alternator fully charges the battery, it sends excess voltage straight to the ground!

But while your car’s battery is similar to a 40-amp charger – it’s not identical to one. The most significant difference is that the amount of time it takes to recharge your battery varies widely depending on how you’re driving your car.

The alternator is belt-driven, so the higher your engines RPM, the harder your alternator is working. If you’re on the highway, you might be able to recharge your vehicle’s battery in under an hour fully. However, if you’re sitting idle in the parking lot, it might take a few hours to get the job done.

It’s not full-proof, but the best way to recharge your battery after a jumpstart is to drive your vehicle as much as possible before you shut it back off.

How to Test Your Alternator

If your battery is always dying and you’ve made sure that it’s fully charged before you put it back in your vehicle, you might have a lousy alternator. Even the best batteries will die within a few days or weeks if your alternator isn’t working correctly.

As frustrating as it might be, the battery tester doesn’t lie. If you’ve fully recharged your battery, but it keeps dying, replacing your battery won’t solve the problem for long. You might have a bad alternator, but you also might have a parasitic draw.

If you have a parasitic draw, it means something is drawing power off the battery after shutting everything off. While parasitic draws are rare, they can be incredibly frustrating. To test for a parasitic draw, you’ll need to disconnect your positive battery cable and hook up an amp-meter in series with your battery and the disconnected cable. If you are getting an excessive amperage reading, you have a draw.

As a final note, modern cars have tons of electronics, and a small parasitic draw is entirely normal. It’s why if you’re not going to be driving your vehicle for a while, you should disconnect your battery by removing the negative cable from the battery. If you don’t, you’ll likely have a dead battery the next time you try to start it up. 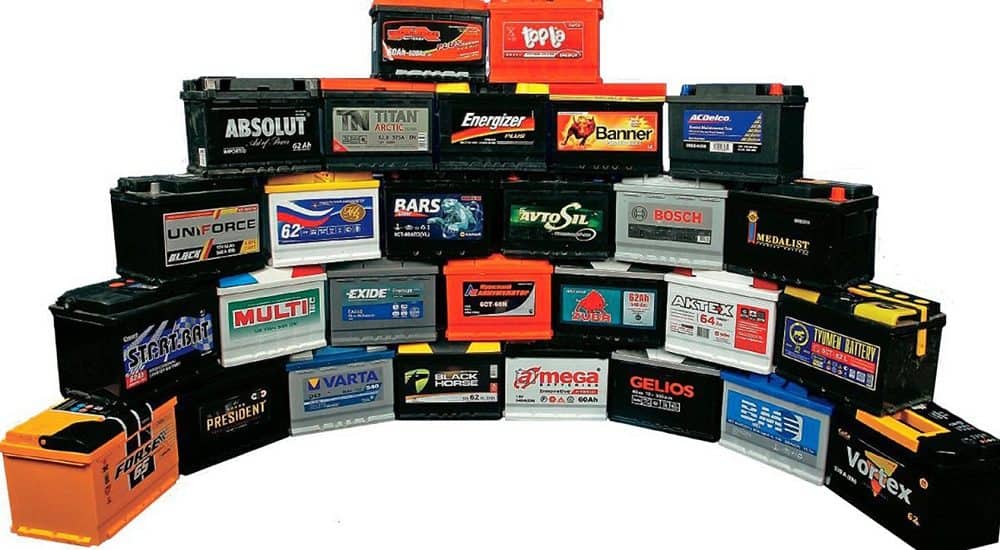 Whenever you’re charging your vehicle’s battery, you should always follow a few standard practices to maximize safety and reduce your risk of damaging your battery.

The first thing you need to do is stick around for a couple of minutes after you start charging your battery. It doesn’t matter if you’re using a smart charger or a traditional one. It would help if you stuck around to ensure that everything is working correctly before walking away.

If your battery has a bad cell or has a short inside, you’ll typically be able to tell within the first couple of minutes of it being on the charger. If your battery starts smoking or warping in any way, then you need to disconnect the charger and replace the battery immediately.

If you’re not using a smart charger, you need to set a timer not to forget to turn off the charger. Failure to do so is a significant fire hazard and will destroy your battery. Finally, you should always test your battery after you take it off the charger. Just because it’s fully charged doesn’t mean it’s good to go.

A battery with 12.6 volts won’t be able to start your car if it doesn’t have any amperage. The easiest way to check is to hook it up to a battery tester – AutoZone, O’Reilly’s, and other part stores will usually do this for you for free.

When you’re charging your battery, take your time. Trickle chargers take a lot of time. It would be best if you waited until the battery has had plenty of time on the charger before testing it. Otherwise, you’ll get an errant reading that the battery is bad. Let it fully charge, and you might end up saving a little bit of cash!

While there might be a ton to figuring out if you’ve adequately charged your battery, the result could save you a ton of money. The biggest mistake that new mechanics make is that they don’t give batteries a long enough time to charge.

But the truth of the matter is that to charge your vehicle’s battery properly, it’ll probably take a day or two. But at the end of it, you can rest assured that your car will start the next time you need to go somewhere!