When you’re driving down the road, you want a smooth ride, and it’s your vehicle’s suspension that gives you that ride. An integral, and often overlooked, component in your suspension system is your control arm bushings.

Designed to absorb the impact of every bump and dip in the road, they do a phenomenal job of protecting your suspension components. But like every good buffer, they need to be replaced every once in a while to keep functioning correctly.

What is a Control Arm Bushing? 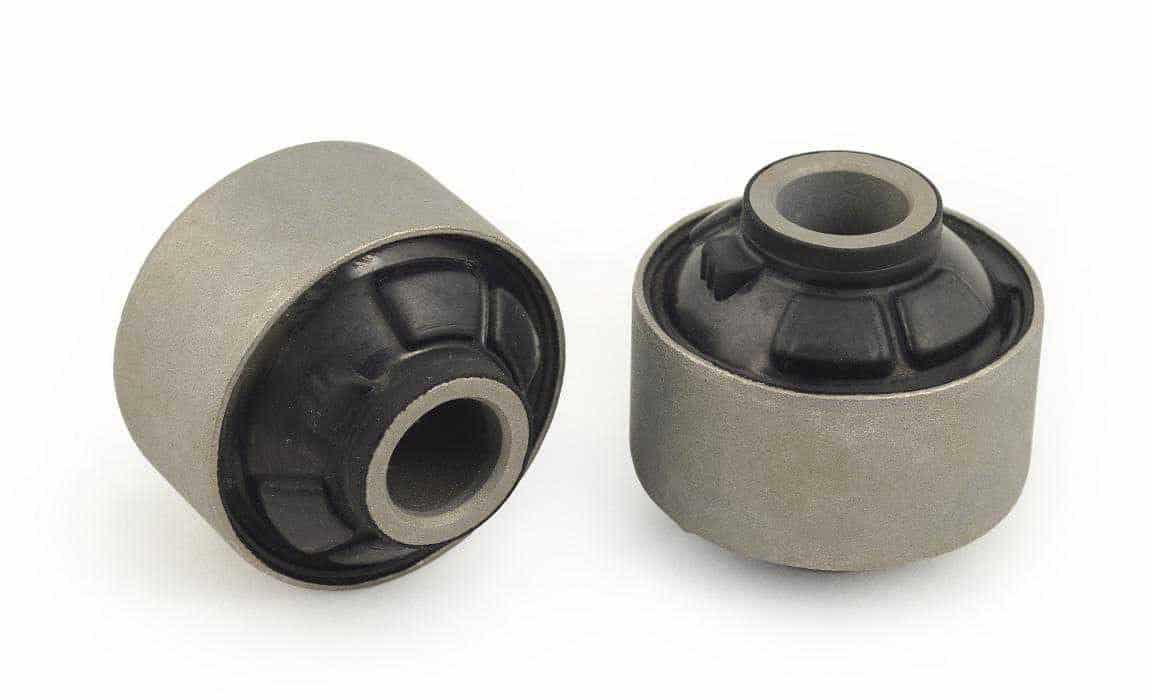 Control arms are a part of both your steering and suspension system and allow your car’s wheels to move with the dips and rises in the road, all while keeping the cab at a level height. Your vehicle has two control arms, a lower control arm, and an upper control arm.

Your vehicle’s upper control arm also helps the front wheels to turn, making them an integral part of your steering system too.

At the end of each control arm, a ball joint connects it to the wheel of your car. The other side connects to the frame of your vehicle through bolts that go through bushings. These are your control arm bushings.

Why are Control Arm Bushings Important?

The control arm bushings protect both your frame and control arms, saving you a ton of money in potential replacement costs.

Dampen Vibrations from the Road

Control arm bushings are made of rubber, and rubber is incredibly effective and absorbing vibrations and shocks. All of those little vibrations that your control arm would otherwise transfer straight to the frame, and then to you, get absorbed by those handy rubber bushings.

Of course, this causes them to wear out, but getting your control arm bushings replaced is far cheaper than replacing the entire control arm. 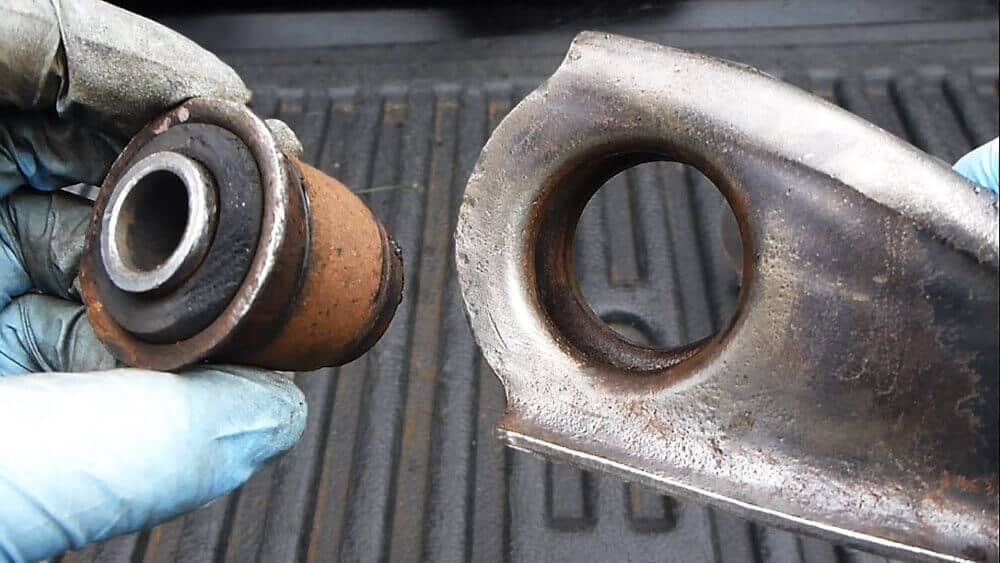 There are clear cut signs that your control arm bushings are wearing out. It’d be wise to listen to them as soon as they crop up, or else you might be in for some more expensive repairs down the road.

This jostling will be especially noticeable while accelerating or decelerating. Even worse, once it starts, it rapidly gets worse. Once the bolt has room to get some momentum going before slamming back into the bushing, it can begin to tear apart the rest of the bushing in no time.

Unusual Noises When Braking or Accelerating

It’s not surprising, as the bushing wears out, it’s not just the bolt that moves, but the entire control arm as well. Depending on what it hits when it stops moving, it can make one hell of a racket. With worn out control arm bushings banging, clanging, and clunking are all common noises.

While you can hear these noises as you drive down the road, it’s far more noticeable as you accelerate or brake aggressively.

You’ll feel every bump in the road more, and if you have worn out bushings, you’ll feel your wheels shift from underneath you as your slam on the brakes or floor the gas pedal.

If your control arm bushings are worn out enough, your wheels, tires, and hubs will physically shift as you press the brakes. This shift will slow down the amount of time it takes for your brakes to kick in and can be the difference between an accident and stopping in the nick of time.

It takes a while for bushings to get this bad, and if they are, you probably need to replace more than just the bushings. 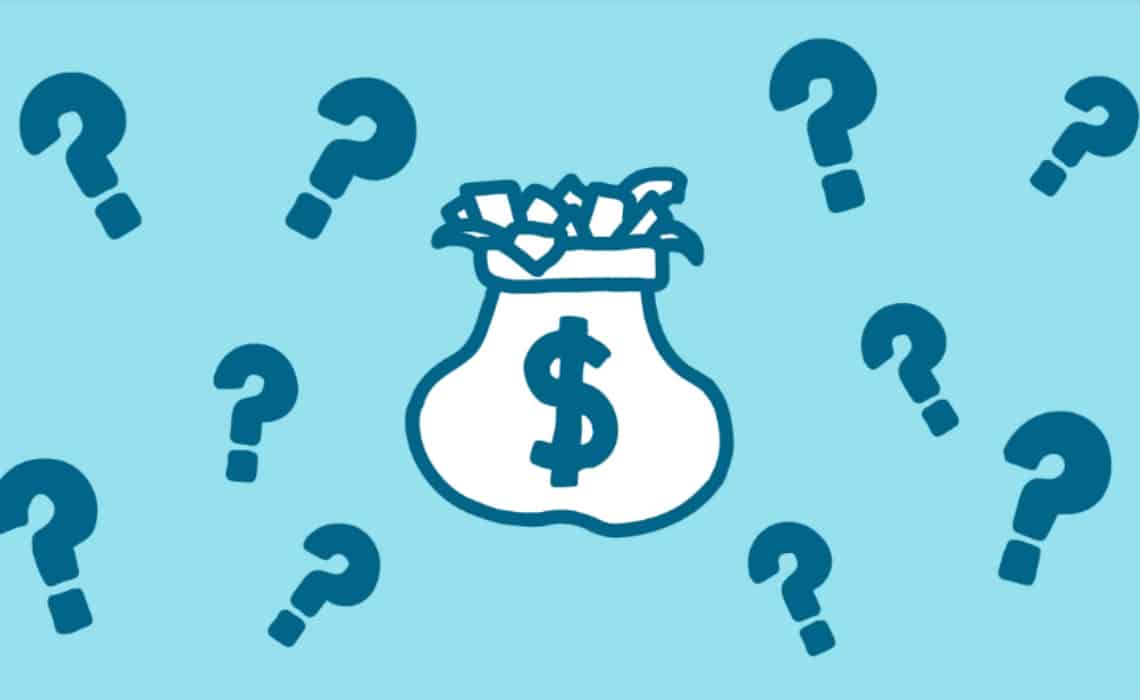 Furthermore, if you aren’t doing the work yourself, you’ll need to pay for labor costs as well. Typically, this is between 100 and 300 dollars for each side.

That means the real cost of replacing your control arm bushings can range between 40 dollars and 400 dollars if you do it yourself. If you have them professionally replaced, that cost goes up to between 240 and 740 dollars.

While this might seem like a lot, it pales compared to the cost of replacing the entire control arm – as they cost between 120 and 350 dollars for the part alone.

How to Replace a Control Arm Bushing

If you’re looking at the prices above and deciding that you need to figure out how to do this job yourself, you’re in luck if you have just a little mechanical experience and some DIY skills.

The first thing you’ll need to do is get your control arm out of the vehicle. It’s not as bad as it sounds. Jack up the car and put in on stands. From there, slightly raise the upper control arm and remove all the necessary cotter pins and bolts.

Once the upper control arm is out, you’ll need to remove the bushings. While hydraulic presses are the easiest way to get them out, they aren’t necessary. There are tons of tips and tricks to remove them with C clamps, but I’ve always just positioned them in a vice and beat them out with a hammer and socket.

It is essential to check that your vehicle’s upper control arm is not supporting a coil spring when removing it. Failure to do so can result in serious injury. If a coil spring is attached, you will need to compress it before removing the control arm.

It’s a decent amount of work, but it’s relatively simple, and it will save you a bundle compared to taking it to a mechanic.

What Will Happen if I Don’t Replace my Control Arm Bushings? 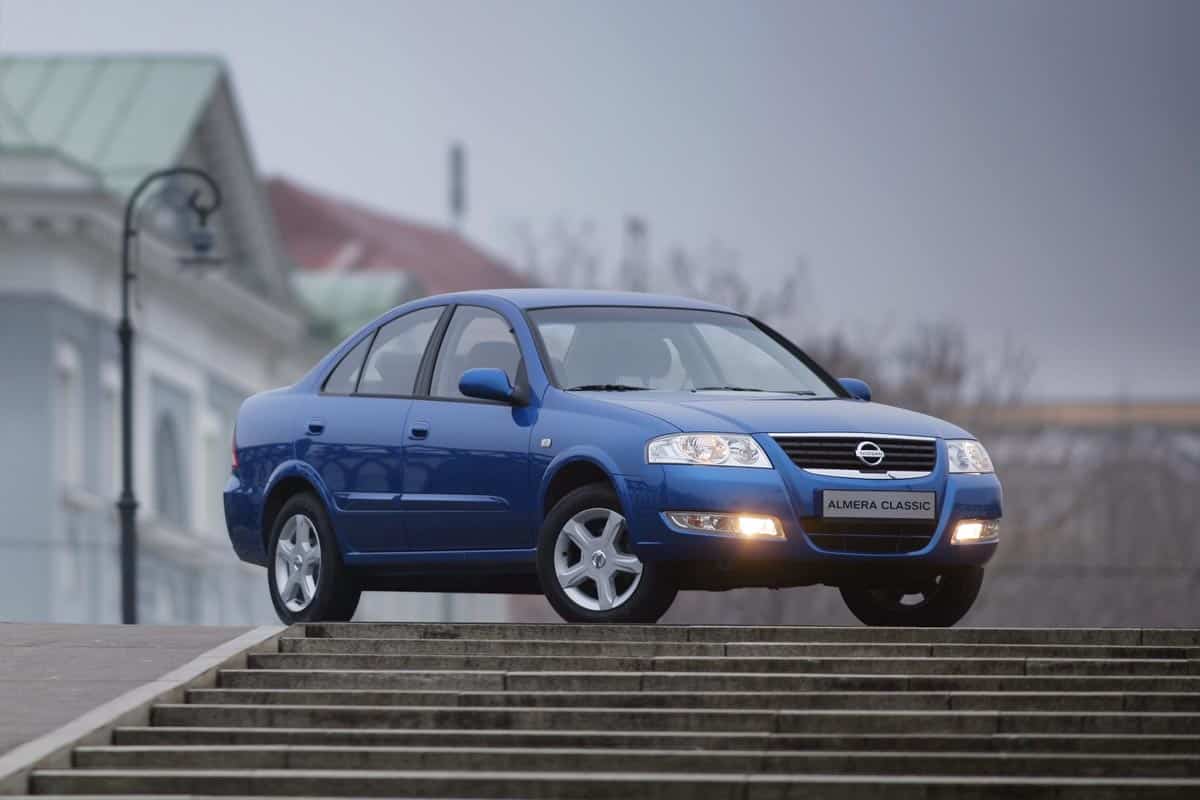 If you’ve read everything above and don’t want to deal with either the price tag or the headache, reconsider. That’s because failure to replace your control arm bushings when they wear out will only cost you even more money down the road.

The first thing that will wear out is your control arms, but you also risk damage to your shocks, struts, ball joints, and even your frame. That 300-dollar repair can turn into a 3,000-dollar repair in no time at all.

And this is if everything turns out well. That’s because decreased braking performance is one of the major concerns associated with worn-out control arm bushings. If you get into an accident, you might total your car or worse.

When you’re changing your oil, take an extra minute to check out your control arm bushings. It might seem like a small step, but it can prevent tons of damage down the road. While you’ll notice the signs of bad control arm bushings, if you’re keeping an eye out for them, they often go unnoticed until they’ve caused even more damage.

It’s a shame because changing control arm bushings are cheap and easy if you do it yourself, and it’s far cheaper than the repairs that are needed if you don’t change them when they need it.