All-electric cars are taking over the world and with good reason. They offer both performance and environmental perks, and they can save you some money every month at the fuel pump too!

Now, this guide only covers the best all-electric cars, so check out this guide if you’re looking for the best electric SUVs in 2022.

Breaking Down This Guide

While it’s a fairly straightforward guide to use, we wanted you to have a better understanding of what you’re looking at before you make any pivotal decisions. That’s why we wanted to start everything out with a quick breakdown of everything we looked at.

This might be the most confusing part of the entire guide. In every vehicle’s specification list, we included a “MPGe” number. But since all-electric cars have a range and don’t use gallons of fuel, what could this number possibly mean?

It’s best to look at this number as an environmental impact number – and keep in mind that it’s not absolute. It’s a made-up number used to represent the energy behind each mile driven.

It’s well known what burning one gallon of fuel does to the environment, and the MPGe is an attempt to recreate that number for an all-electric vehicle – because electricity is power, and it’s not always green.

It’s an estimate, but it should give you an idea of how much electricity you’ll need to charge the battery.

We broke down vehicles into three categories here, “Daily Drivers,” “Performance Cars,” and “High-End Sports Cars.” More than anything, this breaks these cars down into different categories by price.

Because while there’s little doubt that the Porsche Taycan Turbo S outperforms the Tesla Model 3 Short Range, it also costs $145,000 more – so it should be better.

How Much Range Do You Need?

We value range above nearly everything else in this guide, but if that matters to you all depends on how you’ll be driving your vehicle. If you never plan on leaving town, then it doesn’t matter that the Mini Electric only has a 110-mile range.

But for those of us that want to travel a little further in our car’s it’s a deal-breaker. Deciding which all-electric vehicle is right for you all depends on your needs and what you want out of your car.

Just keep in mind that the range isn’t something you can’t upgrade later – so if ensure you’re getting a car that will meet all your needs the first time.

While we highlighted a lot of the specs in a separate area, there are simply some things you can’t measure. A lot of this is technological advances.

For instance, Tesla has an Autopilot feature, lane assist, auto braking, and more. Some of the other vehicles have these features, some don’t, and some have more. Including all these features simply isn’t feasible, but it’s a big reason the Tesla models came out ahead.

Finally, the visual appeal is a big reason many people choose a car, but what one person loves another might hate. Because of this, we tried to ignore visual appearances and instead focus on what the car had to offer – not how it looks.

Look, we didn’t want a Tesla sweep of the best all-electric cars in 2021, but let’s face it, right now, Tesla is doing things other vehicles can only dream of.

They have longer ranges, lower prices, more horsepower, and the edge in just about every other measurable area. Don’t believe us? Just look at what these impressive cars offer.

At this price point, you can’t beat what the Model 3 has to offer. Even the base model has an impressive 283 horsepower and a 250 mile-range – which is among the top of the class. And if you’re willing and able to spend a little more money, you can quickly up that to over 350 miles and 480 horsepower!

Additionally, there are tons of safety features, and technological features throughout that make this a top-notch car through and through.

None of this even mentions all the other possible innovations you can tack onto your Model 3, like self-driving! It’s the clear winner, and it’s not even close – but the Ford Mustang Mach E might be closing the gap.

Once again, it’s not even close – the Model Y is the best of the best at this price point.

If you’re looking for the best all-electric car on the market and don’t give a damn about how expensive it is, the Model S reigns supreme. The base model costs just under 85k and smokes the far more expensive Porsche Taycan right off the lot.

And if you’re looking for a real thrill, the Tesla S Plaid starts at $129,990 and delivers an astonishing 1,020 horsepower, and has 1,050 ft-lb of torque. You won’t find another all-electric car quite like it. This is the best that an all-electric vehicle can do, and right now, no one else is even coming into the same stratosphere.

When most of us are shopping for a car, we’re not looking for the fastest or most impressive vehicle – at least not before checking the price tag.

That’s why for these reviews, we ordered everything by the base price. From there, we reviewed each option, that way you can make your own decision about what’s best for you.

An all-electric car that starts at just over 30k sounds too good to be true, and in many ways, it is. While the horsepower, torque, and even the accessories are up to par, the 110-mile range is minuscule.

Considering that the average gas-powered vehicle has a 400-mile range, it’s like stepping into a car with a quarter of a tank of gas every time. You can use the Mini Electric as a commuter to and from your job, but if you’re leaving town, you’ll likely need a different car.

It’s a great attempt at a low-cost all-electric vehicle, but the range simply needs to improve.

Another extremely low-priced option at your disposal is the Nissan Leaf. The base model starts at just over $32,000, but it has a disappointing range just like the Mini Electric. The base model Nissan Leaf has a range of 149-miles, but you can upgrade it to a more respectable 226-miles.

But this puts your right back into the price range of the Tesla Model 3, and you’ll get far more performance specs out of the Tesla. Still, the option for a lower-priced all-electric vehicle is there if you don’t want to leave town.

The Hyundai IonIQ Electric is another all-electric vehicle with a range that can’t quite crack the 200-mile mark. Still, at 170 miles, it’s 60 miles further than the Mini Electric, and the base model price is only $4,000 higher. Still, one area that no one can beat the Hyundai IonIQ is the MPGe rating.

So, if your only interest in getting an all-electric vehicle is to save the environment and you won’t be making many cross-country trips, the Hyundai IonIQ Electric might be the best choice – and it’s available for an affordable price!

For our money, the Chevy Bolt is the lowest-priced all-electric vehicle worth a look. The range is a respectable 259 miles, and this has it an almost identical range as the short-range Model 3. However, unlike the Model 3, there aren’t ways to upgrade it further.

Of course, this isn’t a huge deal if you’re opting for the base model anyway. But from a performance standpoint, the Chevy Bolt can’t come close to the Model 3. But it’s not as though the Chevy Bolt will be the slowest car on the road.

In the end, the Chevy Bolt isn’t a terrible option, and it’s worth considering if you want a lower-priced all-electric vehicle.

Wait, the Mustang Mach-E is considered a daily driver here!? Well, at this price, we certainly couldn’t justify moving it up the performance car category – it’s almost $20,000 cheaper! Still, you get an impressive 305-mile range, 266 horsepower, and 317 lb-ft of torque – all with the base model!

It competes with the Model 3 on almost every level, but we can’t tell you how it will hold up until it’s around for a few more years. More importantly, it doesn’t have all the same technological advances just yet.

Ford states they’ll be releasing an autopilot feature among other technological advances, but they’re not quite there yet.

One of the most significant advantages of an all-electric car is their reduced weight. So, when you throw some impressive motors that can generate a ton of horsepower, you’re getting a true performance car.

Now for these features, you’ll have to pay just a bit more, but it’ll all be worth it as you’re blowing past other cars on the freeway.

In all reality, the Polestar 2 was a failed attempt to compete with the Tesla Model 3. While it has decent performance specs, the range is a paltry 233 miles – all while it’s still a smidge slower than the top Model 3.

But what really makes this car disappoint is the price. With a base model price just over $61,000, you can get far more if you’re spending this much. Save your money and go with an upgraded Tesla Model 3 instead of the Polestar 2.

You’ll get an extra 70 miles on the range and a faster car.

The most significant selling point for the Jaguar I-Pace is the fact that it’s a Jaguar. Sure, the aesthetics on this car are fantastic, but the Jaguar I-Pace simply doesn’t have the range or even the horsepower to justify the $70,000 price tag.

It does have a ton of torque, but that alone can’t justify the cost. If you’re purchasing an I-Pace, it’s because it’s a Jaguar. While there’s nothing wrong with that, if you’re looking for better performance specs, you can certainly do better.

At this price point, it’s really a two-horse race – the Porsche Taycan vs. the Tesla Model S. The Model S won (and it’s at the top of this guide), but let’s take a look at who it took down because the Porsche Taycan is no slacker.

With a base price of over $100k, you better be getting a great car, and at 522 horsepower, you are. Even better, you can upgrade to the Taycan Turbo S and get an impressive 750 horsepower, but it’s going to cost you an extra $80,000.

The Porsche Taycan is a beautiful car and a great choice, but it’ll lose in a race to the Model S every day of the week. But if you prefer the visuals of the Porsche and have the extra money to spend, you’re certainly getting a great car.

All-electric cars are the way of the future, and there’s little doubt that more and more cars will continue to hit the market. Furthermore, as technology improves, so will the range of the lower-priced cars, and they’ll become more usable to a broader audience.

So, even if you’re not ready for an all-electric car yet, it’s still worth keeping an eye out for – because eventually, everything might line up for you!

Our latest articles on Reviews 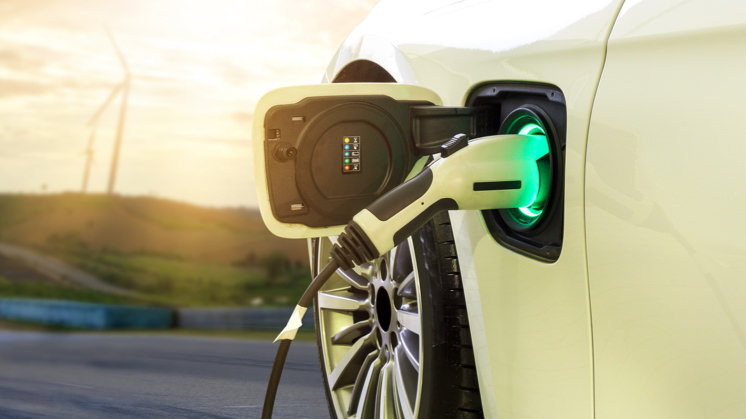 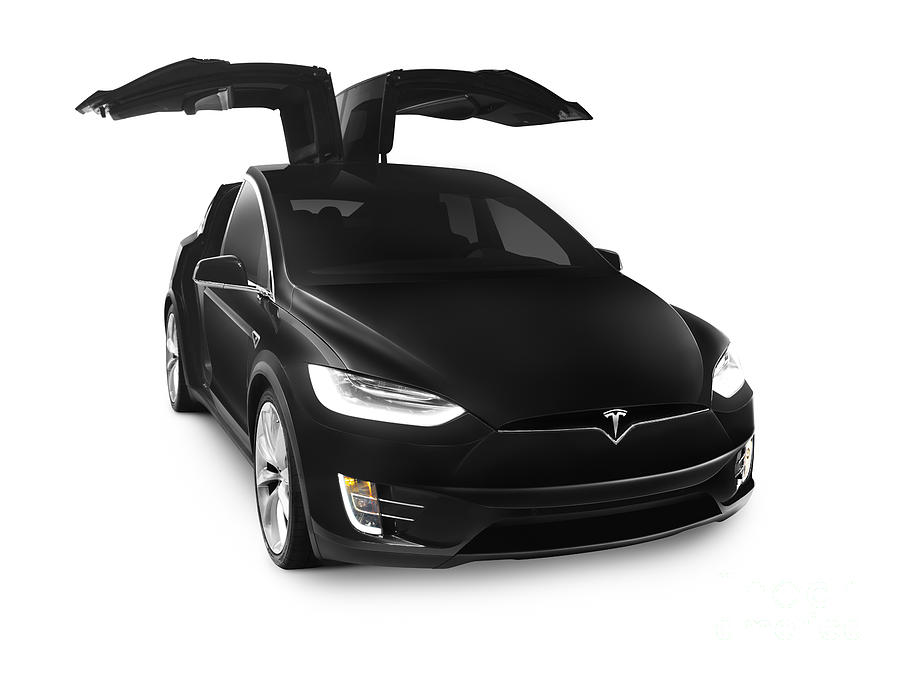 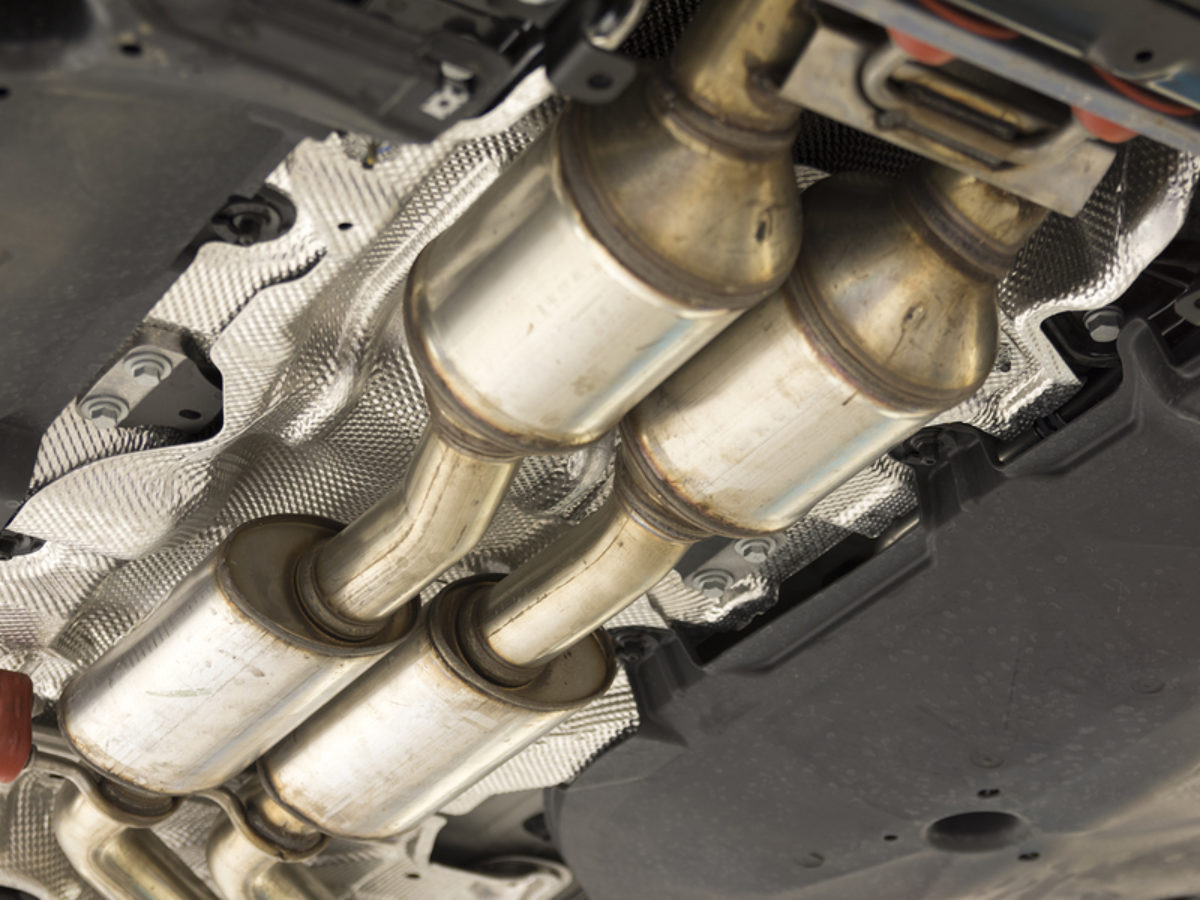