In this article, we’ll take a close look at ignition coils – what they are, how they work, why they fail, and signs of bad ignition coil symptoms.

An ignition coil is a type of induction coil used in the automotive ignition system. Its purpose is to supply the spark plugs with the necessary current to ignite the air/fuel mixture in the combustion chamber. Commonly used in spark-ignition engines, coil assemblies are indispensable to engine operation.

Ignition coils function based on the principle of electromagnetic induction. Induction is the process by which electromotive force or voltage is generated by subjecting a conductor to a moving or stationary magnetic field. In the case of ignition coils, the magnetic field is stationary.

When the supply of current to the primary winding is cut off, the magnetic field collapses, creating a surge of current in the secondary winding. This current then travels through the electrode gap in the spark plug, creating an electrical arc, and igniting the air/fuel mixture.

How can you tell if an ignition coil is worn? 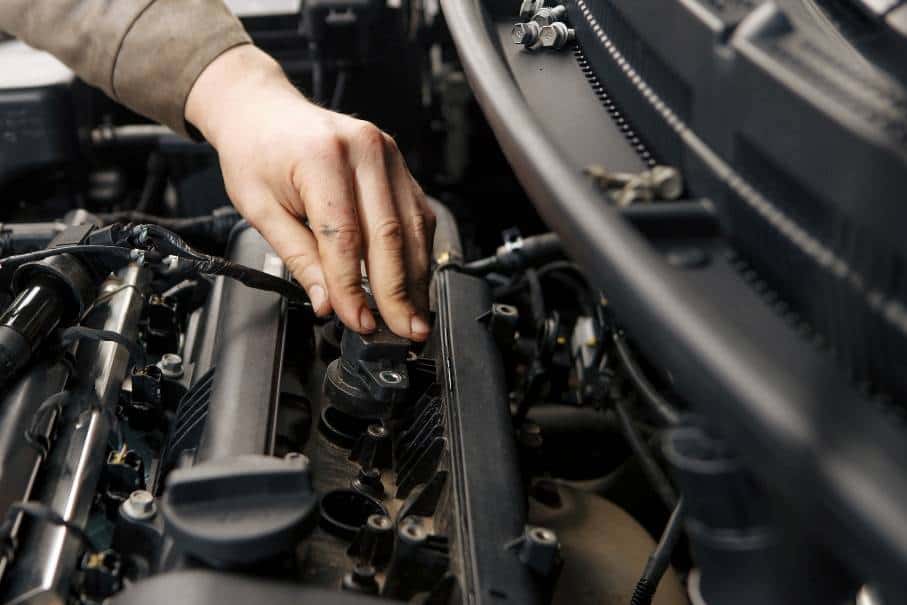 The ignition coils play a crucial role in engine operation. If one of the coils fails, a chain of faults will occur, including stalling, misfiring, backfiring, and startup problems. These failures are closely associated with the combustion process. There are several signs of a faulty ignition coil, and most of them are easy to recognize, as we’ll discuss below.

Ignition coil failure may cause the engine to struggle upon starting or prevent it from starting at all. Starting the engine demands a substantial amount of energy from the battery. The coils are essential in meeting this surge in energy demand.. If the coils are defective, the engine may have trouble starting, or worse, won’t start at all.

Typically linked to faulty sensors, inadequate fuel supply, and worn spark plugs, worn coils can also result in poor acceleration and rough idling. When your vehicle’s coils are worn, you may find that its engine is a bit hesitant during acceleration, there’s a noticeable lag in throttle response, and the vehicle may idle roughly.

Another sign of a worn ignition coil is engine stalling. Stalling can be caused by several issues, including but not limited to: insufficient air, fuel starvation, excessive loads, and failure of combustion. When the coils cannot provide the necessary voltage to create a spark, the engine simply shuts down because it’s unable to produce enough force to propel the vehicle.

Like stalling, engine misfires can be attributed to bad coils. An engine misfire results when there’s a combustion failure in one or more of the engine’s cylinders. Misfires are easy to notice, given the characteristic sputtering and struggling. In extreme cases, the engine may stall if several cylinders misfire simultaneously.

While misfires happen inside the combustion chamber, backfires happen outside of the cylinders. Worm coils could lead to a failure in ignition in one or more of the cylinders. If the air/fuel mixture leaves the combustion chamber unburnt, the mixture may spontaneously combust in the exhaust (due to the heat in the exhaust). Backfires can cause severe damage to your exhaust system.

Another symptom directly related to worn coil packs is poor fuel economy. Incomplete combustion leaves extra fuel unburnt. When the coils fail to provide sufficient current for the spark plugs to generate a spark, the chemical energy of the fuel isn’t converted into its usable form. When that happens, the amount of fuel consumed at a given distance is greater than when the coils are in perfect working order.

What causes ignition coils to fail?

Modern ignition coils are robustly constructed and can last years without being replaced. However, the fact that the coils have no service interval does not mean that they won’t fail. Like all parts, over time, coils wear down. Here’s why:

The engine produces significant amounts of vibration while running. Since the coils are installed directly over the spark plugs in the engine block, they are subjected to intense vibrations. Over time, the vibration loosens the connections in the coil assembly. Loose connections inhibit the flow of current between the conductive components of the coil.

Ignition coil wear is often caused by moisture and contamination. Because the coils are installed in the engine, they may be contaminated by oil and coolant if seals are broken. Moisture can seep into the coils, where it corrodes or shorts its electrical components. Leaks caused by broken seals and gaskets can not only damage the coils, but they can damage the whole engine as well.

For the spark plug to generate a spark, the current from the coils must bridge the gap between the plug electrodes. If this gap is wider than recommended, the coils will have to work harder to produce a current strong enough to span the increased gap. This stresses the coil components and accelerates wear.

In older vehicles, ignition cables deliver current from the coils to the spark plugs. Cables may be damaged due to ordinary wear and tear or because of the excessive heat inside the engine compartment. When the cables are bad, their resistance increases significantly. If left unattended, the increased resistance on the cable could burn out the ignition coil.

How do you know when you need new ignition coils?

If you encounter any of the signs associated with defective ignition coils, you should have your car checked out by a qualified mechanic ASAP. Early detection of coil failures prevents potential issues that may lead to costly repairs in the future.

With advances in manufacturing technology, modern coils are so durable that most manufacturers don’t set service intervals for them. As previously discussed, coils will eventually succumb to ordinary wear and tear, heat, vibrations, and contamination.

Aside from the signs commonly associated with failing coils, an onboard diagnostic (OBD2) scan tool can be used to check for defects. When plugged into the OBD2 port of the vehicle, the tool will scan the vehicle for faults in your car. If it detects a problem, the scanning tool will display a unique code that corresponds to the issue, along with a basic description.

It’s worth noting that the vehicle’s engine management system will not always engage the “Check Engine” light when the coils are damaged. In this case, scanning the onboard computer won’t yield a defect code. If all else fails, you may have to manually inspect the coils for cracks, contamination, and other visible defects.

How much does it cost to have the ignition coils replaced? 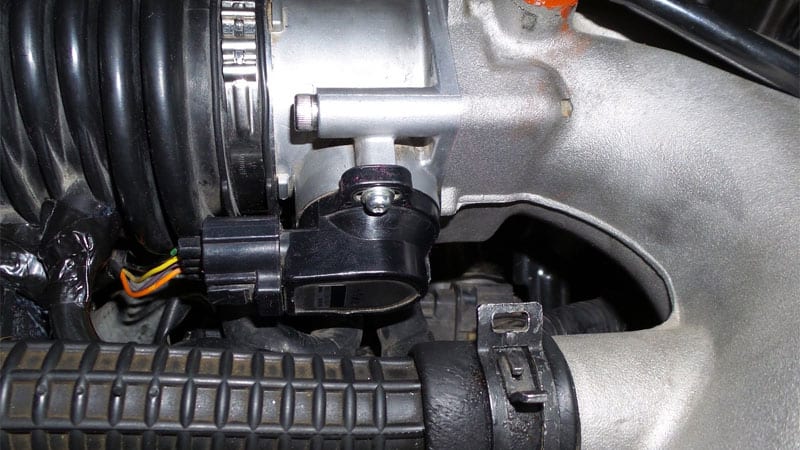 Coil packs usually cost around $60 to $200. The price varies depending on the make and model of your vehicle. Labor typically costs between $100 and $150 per hour. The whole process typically takes less than an hour. . If you opt to take the vehicle to the dealership, prepare for a bill shock and expect to pay twice the amount.

If you have plenty of time and don’t mind getting dirty, replacing the coils yourself is a viable alternative to taking your vehicle to a mechanic. You can save a lot of money on labor and you have the flexibility to choose which parts you’ll use. Coil replacement will only cost you about an hour of your time.

How are ignition coils replaced?

Replacing bad coils is pretty straightforward and can be done by an average person with basic automotive knowledge. We’ve outlined the general procedure below, just in case you decide to take a swing at it:

Is it OK to drive with a bad ignition coil?

The answer is a resounding NO. While you can drive the vehicle with bad ignition coils, it’s strongly recommended that you only drive the car to the repair shop. Defective coils should be replaced without delay. Driving with bad coils can lead to dangerous driving situations and could potentially damage other parts of the vehicle.

Ignition coils are so important that your vehicle simply won’t run without them. Signs of worn coils shouldn’t be ignored, and coil issues are time-sensitive. Ignoring the problem will significantly accelerate wear on other components, and could lead to costly repairs in the future. Whether you decide to take your vehicle to a mechanic for repairs or replace the coils yourself (since the replacement procedure is pretty easy), you’ll need to act fast to prevent further damage.