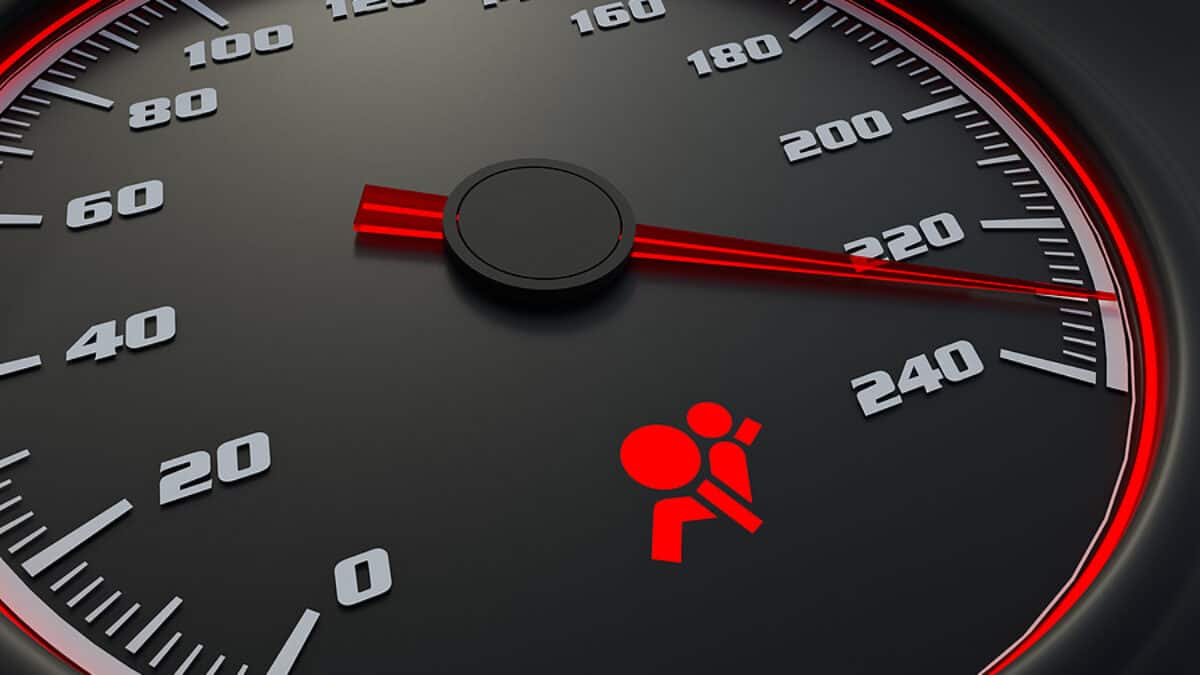 Anytime any light comes on your dash, you need to check it out and make sure that everything is working the way it should. Have you noticed that airbag light wont go off? Your airbag light is no different; in fact, it’s one of the essential dash lights you have.

But what is it telling you, and how can you fix it? Keep reading, and we’ll break everything down for you.

When you start up your car, you should see all of the dash lights turn on and then turn off within five to seven seconds. This is entirely normal and indicates that all of your car’s electronics have completed an internal system and check, and everything passed.

It’s when one of these lights doesn’t go away that you have a problem. When one of the lights stays illuminated and might flash first to try and get your attention, it means that the system has failed the internal system check.

Additionally, if your airbag light never turns on after you start your car, you have a problem as well – the bulb might be burnt out or missing – but you have no way of knowing if your airbags are operational without the dashboard light.

What Your Airbag Light Tells You

The biggest thing you need to know is that you have no airbags if your airbag light is on. It’s not that they aren’t in your car; it’s that your vehicle has disabled them because a component failed the system check.

It doesn’t matter how big or small the problem is; if your airbag light is on and you get into an accident, your airbags won’t deploy. It makes sense, a faulty component could lead to your airbag deploying when it doesn’t need to, and this could have disastrous consequences. That’s why getting the underlying problem fixed is crucial.

Other than you’ll need to get the code read to see exactly what the underlying problem is. If you take your vehicle to a part’s store like AutoZone or O’Reilly’s, they’ll read the code for you for free.

5 Most Common Reasons for a Flashing Airbag Light 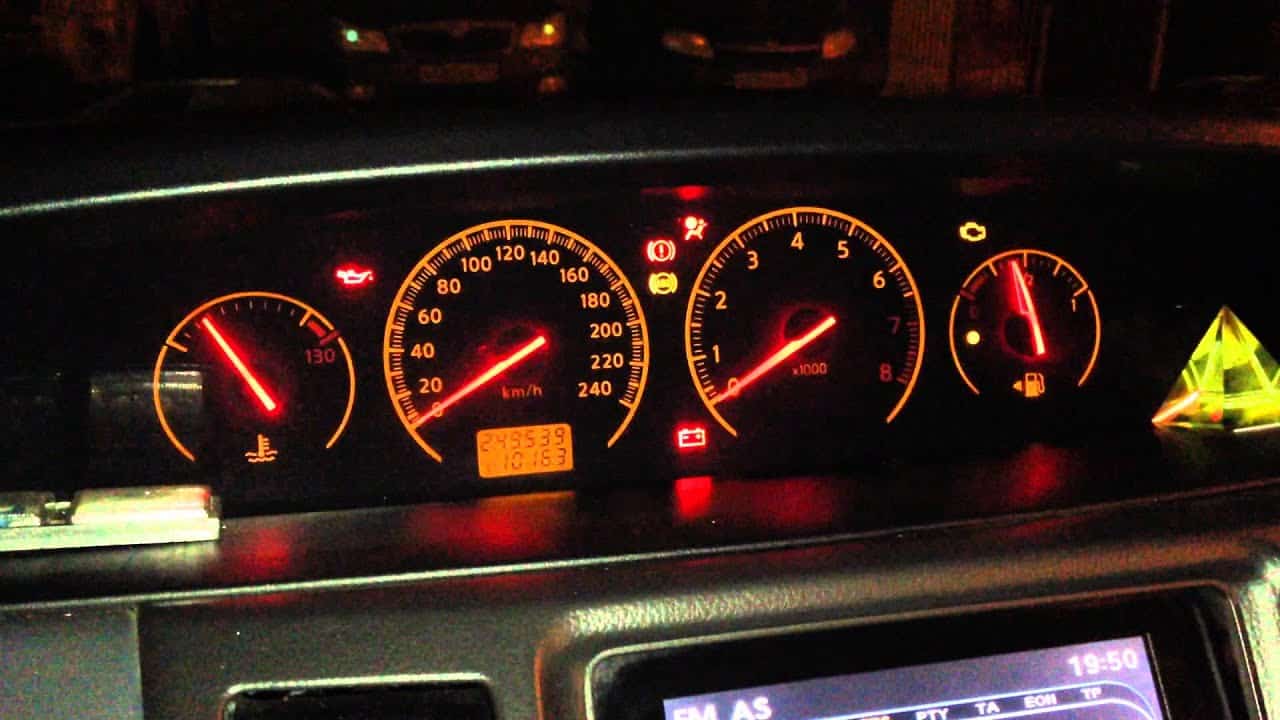 While there are many reasons that your airbag light could have turned on, some are far more common than others.

If you’re looking at trying to change it yourself, you’re going to need a steering wheel puller in conjunction with a pretty large socket. Unless you do a lot of mechanic work, chances are you’re not going to have what you need. However, you can often rent these tools from various part stores.

Additionally, you need to be extremely careful and follow all of the manufacturer’s instructions when installing the new clock spring. If you install it wrong, it will break almost immediately, and you’ll be right back where you started.

If you have a large box or container in your passenger seat, it might be tripping the sensor and causing your airbag light to turn on. If this happens, you have two options; you can either remove the heavy object from the passenger seat or hook up the seatbelt.

If hooking up the seatbelt solves the problem, you know that the sensor was applied, and that’s why the light was illuminated. However, if there is nothing in the seat and hooking up the seat belt turns the airbag light off, you have a faulty passenger seat sensor.

This sensor detects when someone is sitting in your passenger seat. If they are sitting there without their seatbelt on, it will disable the passenger airbag. If hooking up the seatbelt turns off the light, you can either keep the seatbelt hooked up every time you drive or replace the sensor.

Seat belts not fastened or sensors not working properly

Many cars will automatically disable your airbag if you’re not wearing a seatbelt. While it’s relatively rare for these sensors to fail, it’s not rare for something to prevent them from working correctly. One of the most common culprits of acting up seat belt sensors is spare change.

If this change falls into the fastener and gets in-between the sensor and the buckle, it won’t be able to read that it’s fastened, even if it is. If you suspect a faulty seatbelt sensor is the cause of your airbag light, take a peek inside the buckle and see what you can see before replacing it.

Typically the job itself isn’t too expensive, but it could end up costing you 200 dollars if the sensor is built right into the seatbelt, and you can’t replace it separately.

It’s not the most common problem in the world, but it’s not unheard of either. Sensors are nothing more than simple electrical components, so if they get exposed to the elements, they can rust and corrode, causing them to break.

Luckily your airbag needs two closed sensors to deploy an airbag, so if one of them does break, you don’t have to worry about the airbag getting deployed. However, it will shut off the system so that you won’t have any protection.

It typically costs between 250 and 350 dollars to get an airbag sensor replaced, and unless you’re an expert mechanic, you should let the professionals handle it.

Airbags themselves being defective is incredibly rare. With them being such a critical safety component, manufacturers take extra care to ensure that they are long-lasting, effective, and safe. Still, while it might be rare for airbags to be defective, it’s not unheard of.

If your airbag is defective, and it’s not the fault of a recall, it’s a pretty expensive fix, but not one that you want to put off. The replacement airbag typically costs around 400 dollars for just the bag, but it can be as cheap as 200 dollars and as high as 1,000 dollars.

The most significant determinant for the price of labor to replace an airbag depends on what airbag is defective. Driver side airbags are the easiest to replace, and you can expect labor costs around 100 dollars.

However, side airbags and even passenger airbags can be much more difficult to replace, which is why labor costs can range up to 1,000 dollars. The average cost for an airbag replacement is 3,000 dollars, but if you’re only getting the driver side front airbag replaced, you can expect to spend about 1,000.

With the price so high, you might be thinking about putting off the replacement. The problem is that if the airbag is defective, you never know when it’s going to go off. You have a broken airbag, and your car is trying to protect you from it by shutting it off; all it might take is a static charge to set it off while you’re driving down the road.

How to Fix/Reset Your Airbag Light 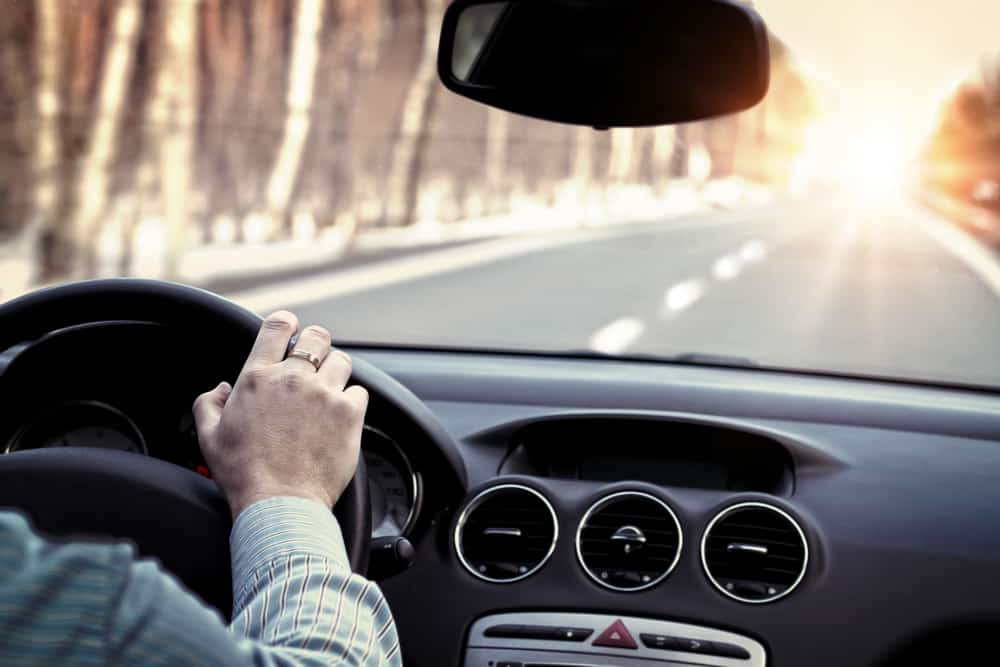 Once you’ve fixed the underlying component, the airbag light illuminated over; resetting the airbag light is easy. Sometimes they will reset themselves other times; you need to reset it yourself. A scan tool is the most foolproof way to do this, but sometimes disconnecting your batteries will do the trick.

However, unlike check engine lights, which you can reset by disconnecting the battery for a few minutes, airbags have their own backup batteries. This can make it hard to reset the light by cutting the circuit completely.

Keep an Eye Out for Recalls

Airbags are one of the most common items in a car affected by a recall. If you registered your vehicle under your name, the DMV should mail you recalls directly. However, you can check for any open recalls on your vehicle by entering the VIN on the National Highway and Traffic Safety Administration’s website to make sure. This is especially important if you bought a used car, as no one would have sent you past recalls.

Realistically you should check for recalls on your vehicle whenever you perform your oil changes or other routine maintenance to prevent any underlying issues from going on unnoticed.

Airbags have saved thousands of lives since their inception in 1971, and some states even legally require your vehicle to have a functioning SRS system. While components in the SRS system are often expensive to fix, the safety features they offer are well worth the added price.

Please don’t put off your airbag repairs; take it to a parts store to get the code read and diagnosed and get the repairs completed as soon as possible. Driving without an active airbag simply isn’t worth the risk.